Jacksonville's architect Henry John Klutho. Who was he, and did he exist?

The Article about Tartary is Here!​

It appears we might have one additional "appointee" of an architect in the history of the after-fire rebuilding. This time we have this gentleman named Henry John Klutho. Mr. Klutho assisted with rebuilding Jacksonville after the Great Fire of 1901. The fire was truly devastating, and is considered to be the third worst in the history of all the Great Fires which took place in the United States. Jacksonville was only topped by 1906 San Francisco, and 1871 Chicago. 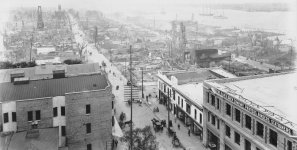 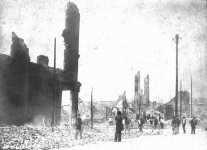 This Fire appears to be a classic case similar to the one in Seattle in 1889, and a whole bunch of other ones. No need to talk about all those trees, and utility poles surviving the inferno. This article is about Henry John Klutho. 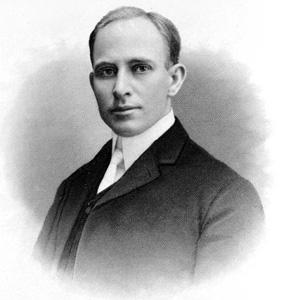 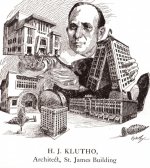 ​
Henry John Klutho was an American architect known for his work in the "Prairie School" style. Klutho was born in Breese, Illinois, a small midwest town. He lived there until the age of 16, when he left for St. Louis, Missouri to study business. When he became interested in architecture, he moved to New York City to learn more, and became an architect.

Klutho read about the Great Fire of 1901 in the New York Times and recognized the opportunity of a lifetime. He finished his current projects in New York and quickly moved to Jacksonville. Klutho introduced himself to prominent businessmen and politicians, and within a month, he was commissioned to design the six-story Dyal-Upchurch Building, the first large structure in the barren downtown area. Other projects soon followed, including the new City Hall and private homes. 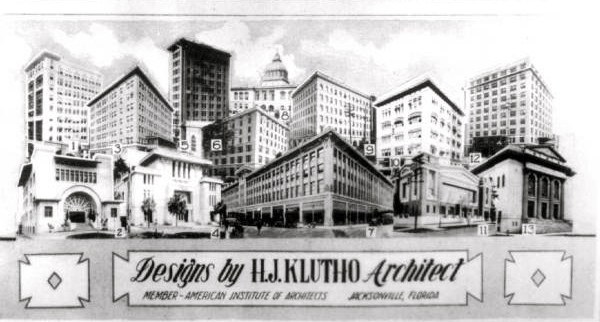 His contributions to the rebirth of the city were mostly ignored, except by his colleagues. Klutho lived to be 91, but had little money, making his later years difficult. Following his death, much of his work was razed or "renovated". - Wikipedia

1. He died in 1964. There is only ONE photo that I found. How is it possible?
2. This guy resembles Elmer Fisher way too much.
3. Questionable education and background.
4. Sad life finale, which is very common with these appointees.

I have not looked too deep into the Jacksonville Fire and Mr. Klutho, but a quick scan of his story appeared to fit the profile.
Click to expand...

I feel like we have a lot of secret allies out there in our quest to uncover our stolen history. From the Jackonsville 1901 wiki:

Citations needed indeed. Yet it remains.

I’m starting to get the sense that most major cities have some sort of reason why they don’t have records of buildings going back into the 19th century. Like how my recent investigation in Buffalo revealed that they didn’t require building permits for stone or brick buildings into well into the 20th century.

Anyway, let’s play a game now. Do you think these are the same building? 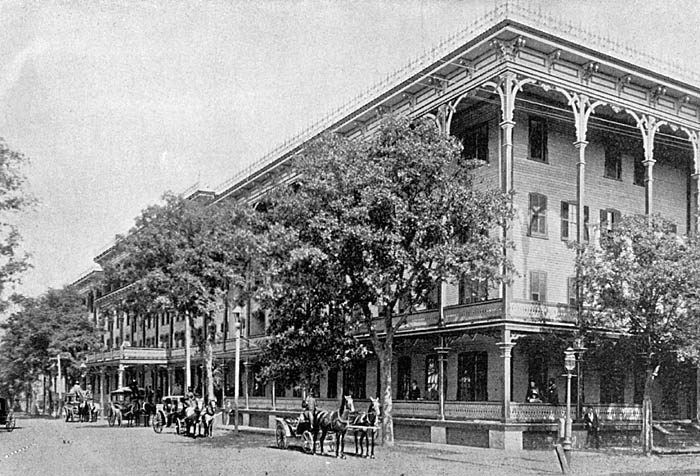 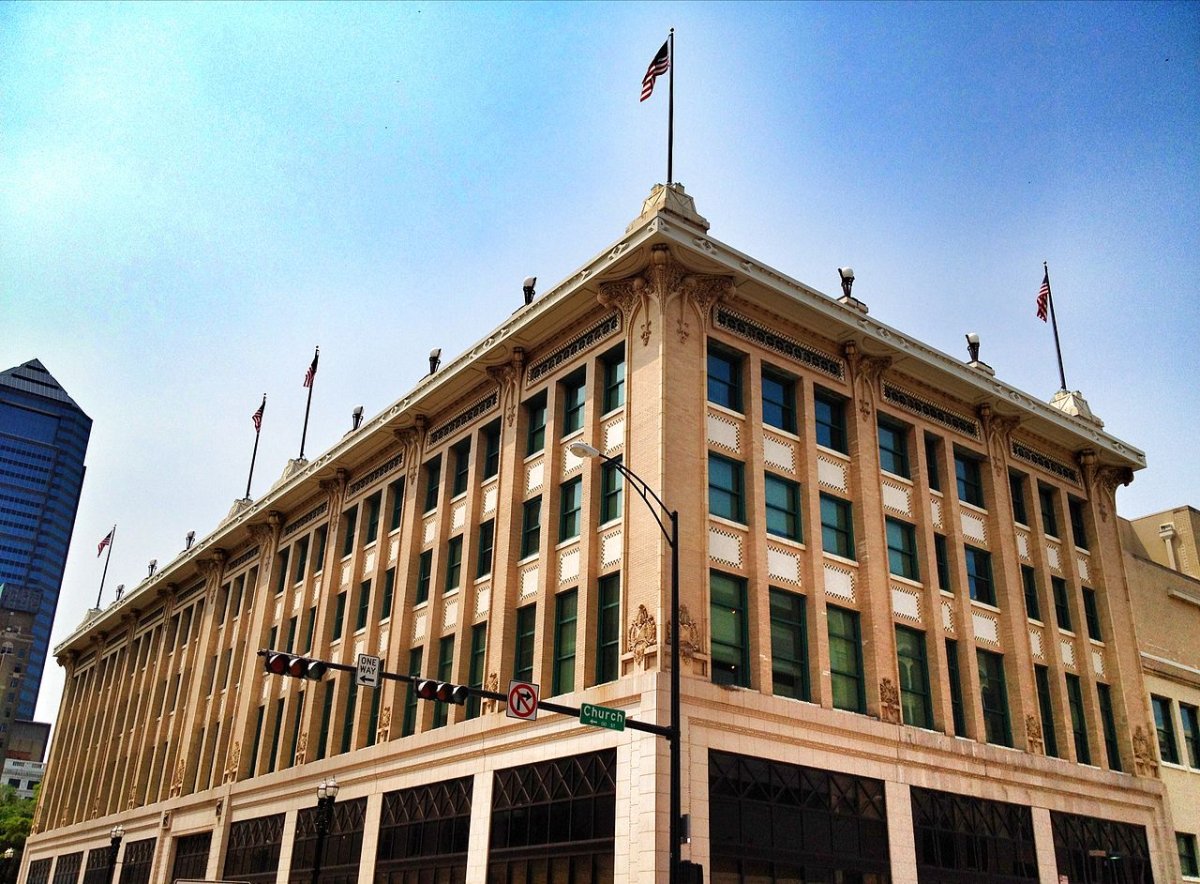 No matter what you answered, you’re right. They’re both technically the St. James Building in Jacksonville. Only the first photo is from 1893 and allegedly destroyed in the 1901 fire, the second photo is from 2012 (the building now hosts City Hall). The latter building is attributed to our architect Klutho in 1912.

Pretty similar if you ask me. There is a tendency to de-ornament these older buildings, you can find many examples on this website (off the top of my head, the Seattle threads have a few). Seems like the library folk that run this site are a little confused too because they date this photo circa 1870 to 1910: 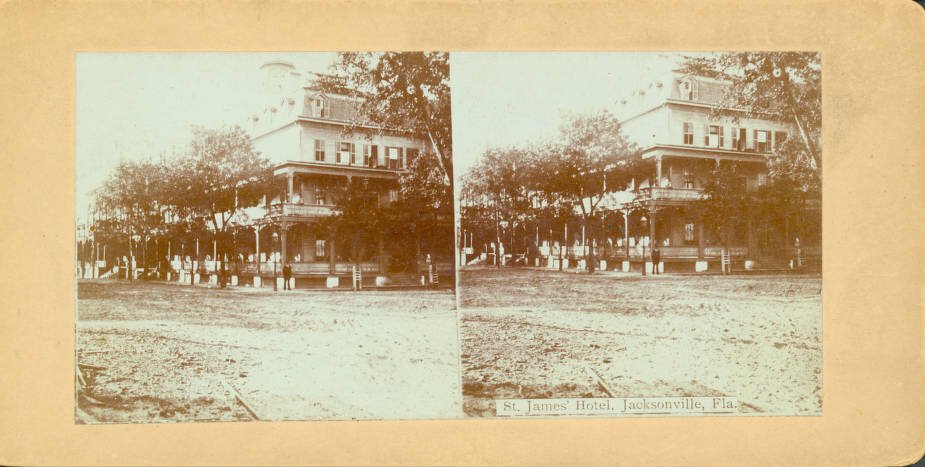 source​
Guess they didn’t get the memo about the 1901 fire, or they’re being real lackadaisical with their “circa”. If that is a pre-fire (whatever that actually means) photo, that building went through a lot of changes, it seems.
Last edited: Nov 18, 2021
You must log in or register to reply here.
Similar articles