Inca Empire capital - Cusco in 1530s. Did it look European?

Well, it is getting pretty interesting. Next in line is Cusco. It was the historic capital of the Inca Empire from the 13th until the 16th-century Spanish conquest. You see anything wrong with its appearance? Somehow quite a few different artists chose to depict Cusco in a manner, which totally contradicts our today's concept of this Native American capital.

Francisco Pizarro and the leader of the Incas.
Cusco in the background. (source) 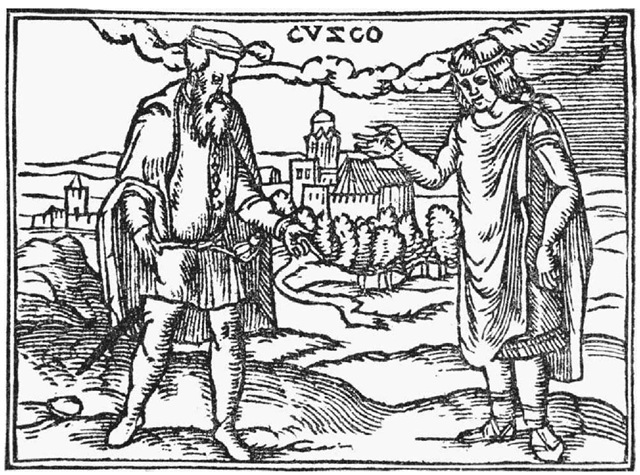 Pizarro and the Inca. An undated woodcut. Spanish rule in Peru was
consolidated in 1533 with the execution of the reigning Inca monarch. 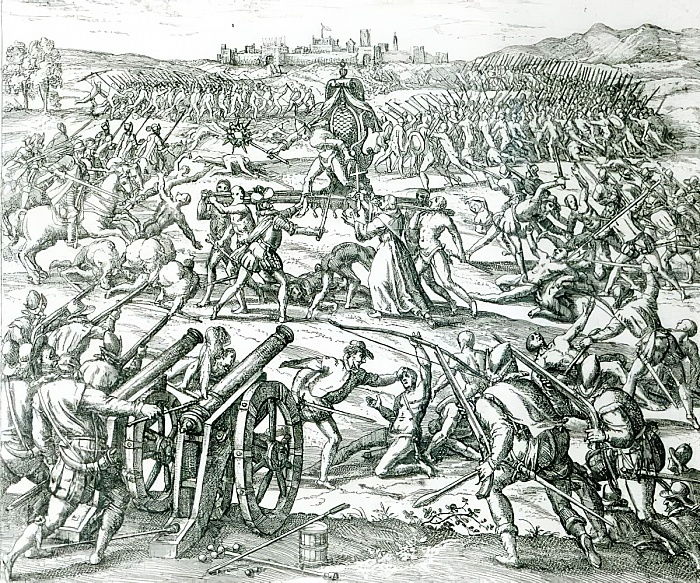 The Siege of Cusco (May 6, 1536 – March 1537) was the siege of the city of Cusco by the army of Sapa Inca Manco Inca Yupanqui against a garrison of Spanish conquistadors and Indian auxiliaries led by Hernando Pizarro in the hope to restore the Inca Empire.

Below are a few images of Cusco in 1530s, and a bit later. European style or not? Could conquistador forces build this during war? 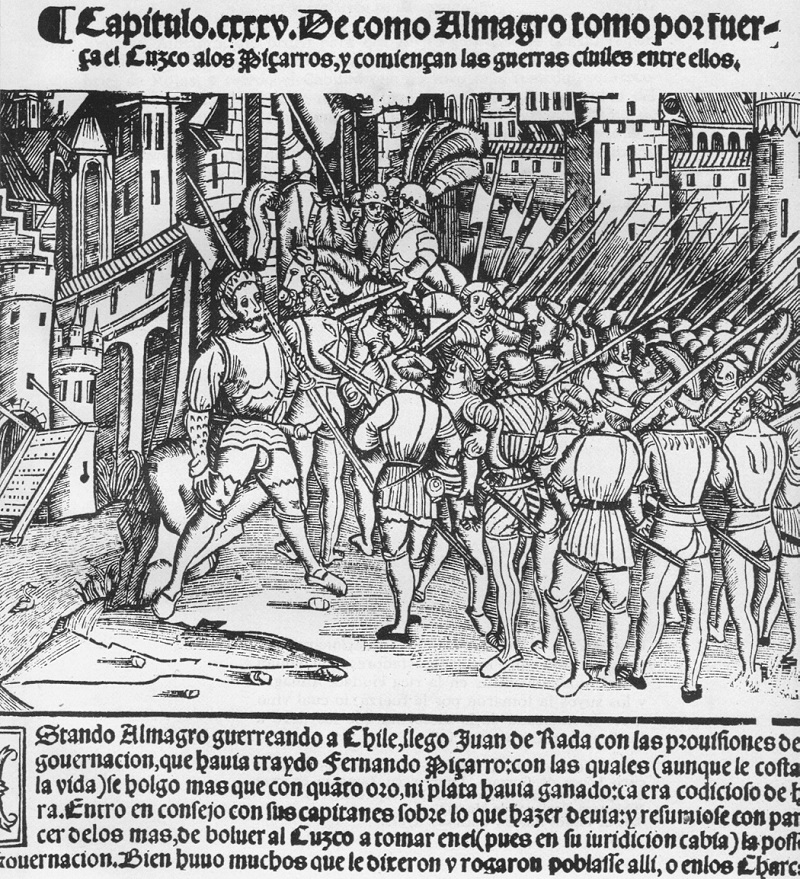 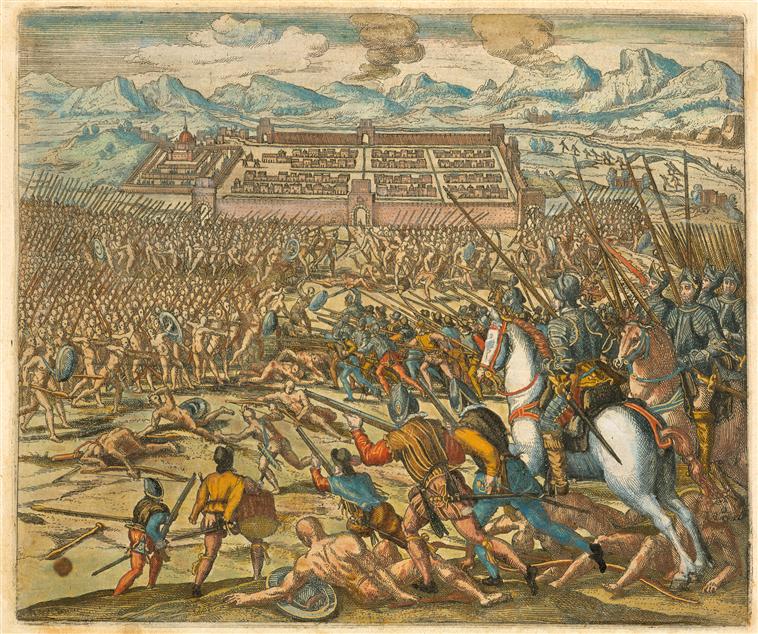 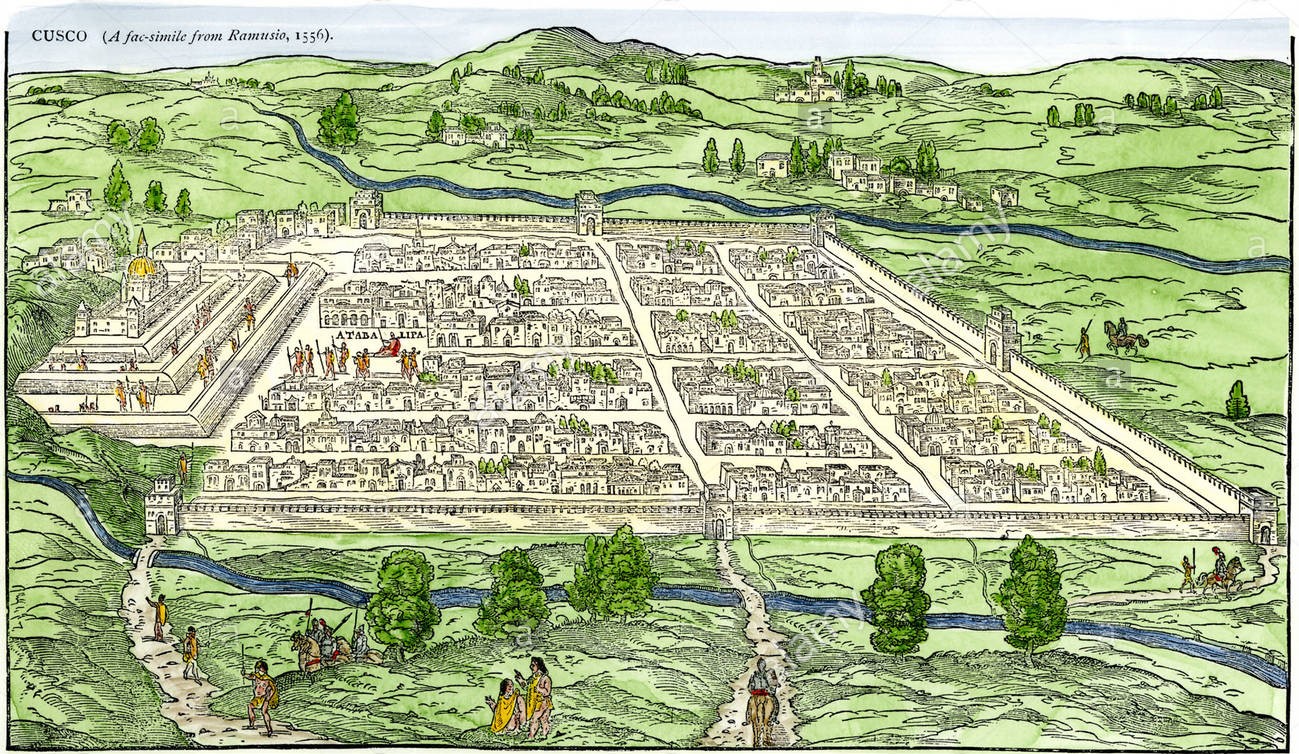 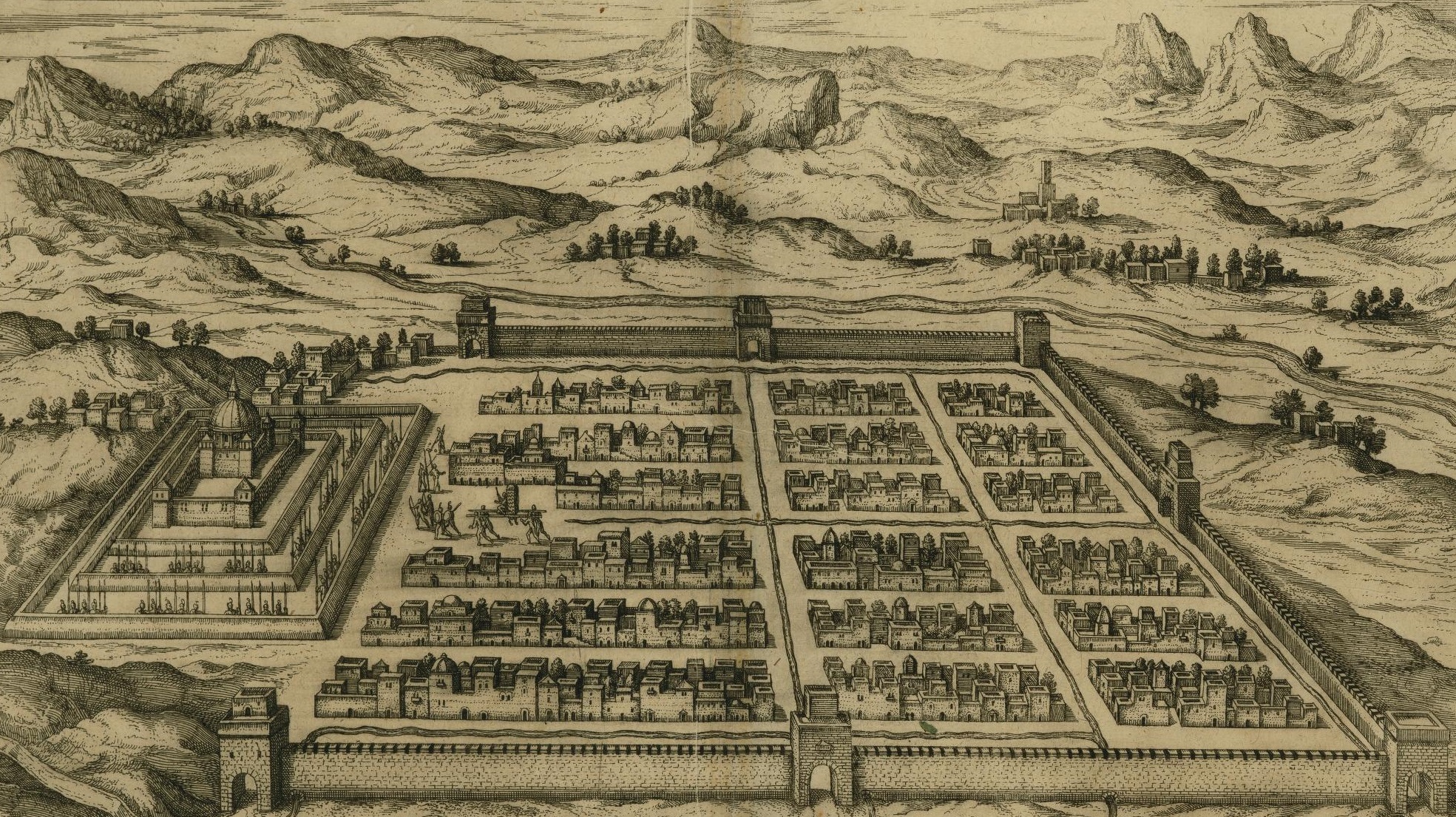 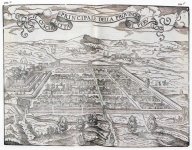 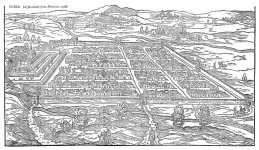 Incas being slaughtered in Cuzco 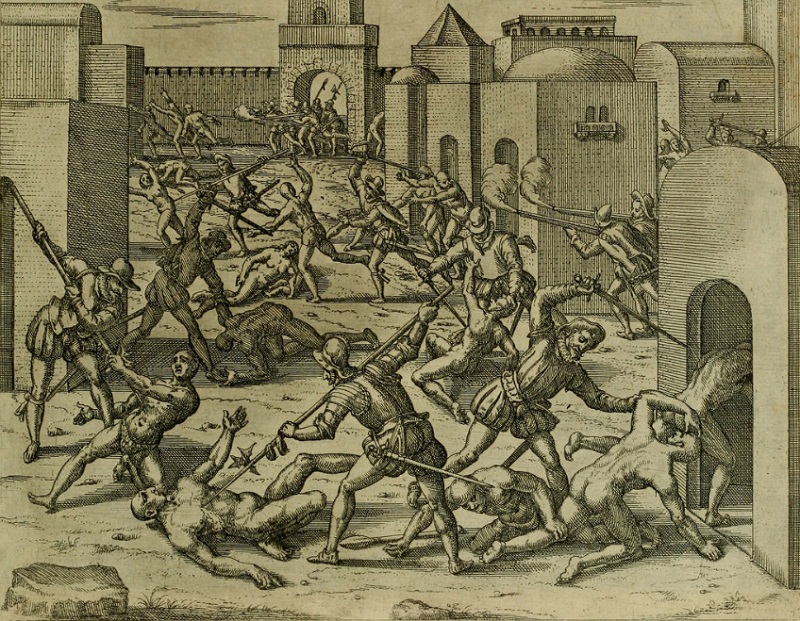 Atahualpa delivering his ransom to Pizarro 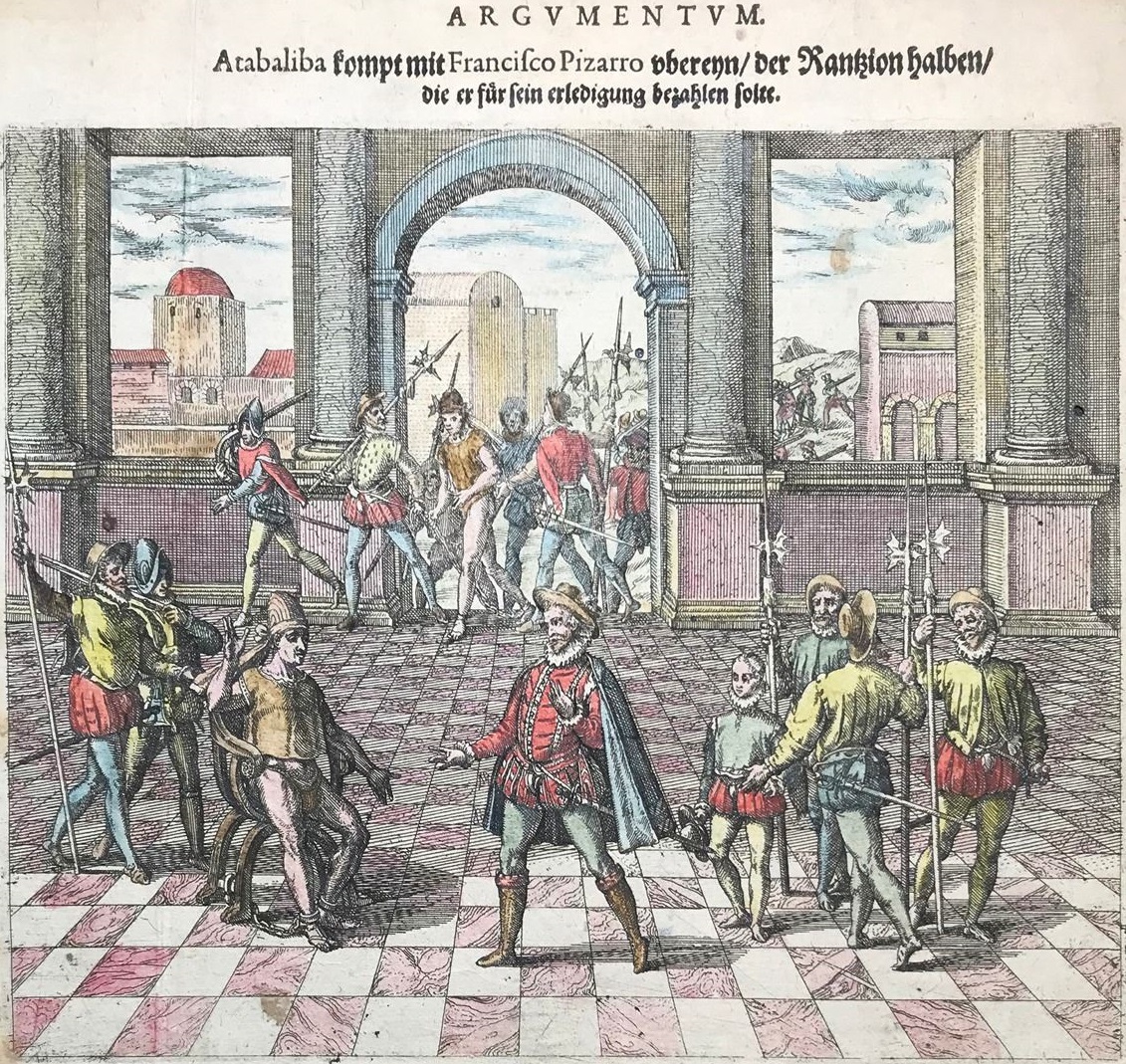 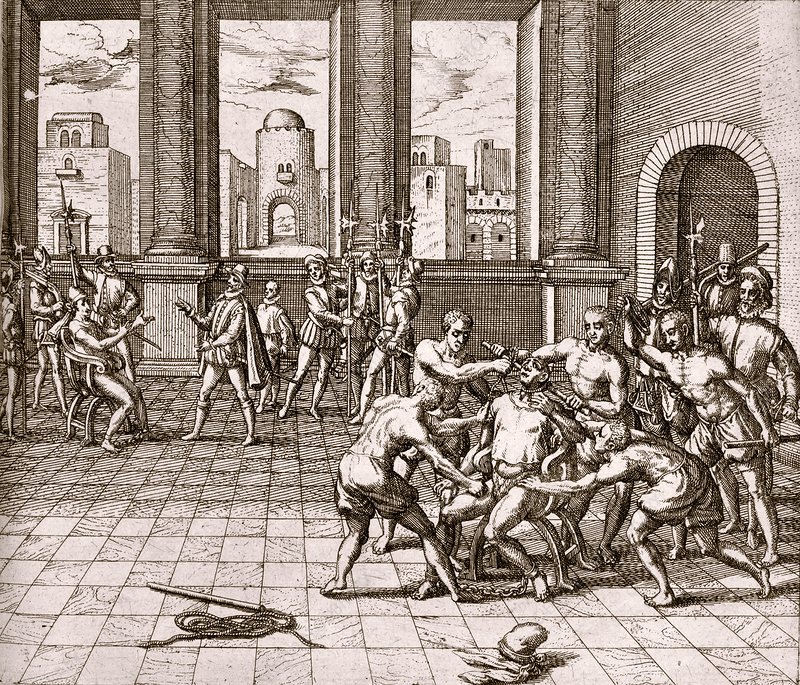 KD: It appears that Incas had some interesting architecture while they were getting conquered by the Spanish conquistadors. Makes one wonder who the real architects were.
Click to expand...