How did astronauts get through the Van Allen Belts in 1969? 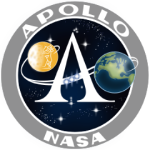 How many times has the human race stepped on the Moon?

How they got past Van Allen Belts.​
Popular Science: "There was no shortage of threats facing Apollo astronauts on missions to the Moon. Like radiation. Specifically, the dense radiation environment of the Van Allen belts that surround our planet. When it launched Apollo missions through the Van Allen belts on a path to the Moon, NASA didn’t just hope for the best. The agency had studied the “Van Allen problem” as it were, knew the risks, and made the decision to go anyway. And not one astronaut died from passing through the Van Allen Belts."

Popular Mechanics: "It's always difficult being the first, especially when you're going into space. The Apollo program encountered many difficulties on its trip to the Moon, ranging from mechanical to astrophysics. The issue of the Van Allen belt and its radioactivity was a particularly serious concern while planning the mission. Fortunately, it was a problem with a solution, one that involved skirting the most dangerous parts of the belt, and making sure the astronauts got through it as quickly as humanly possible."

Clavius: Yes, there is deadly radiation in the Van Allen belts, but the nature of that radiation was known to the Apollo engineers and they were able to make suitable preparations. The principle danger of the Van Allen belts is high-energy protons, which are not that difficult to shield against. And the Apollo navigators plotted a course through the thinnest parts of the belts and arranged for the spacecraft to pass through them quickly, limiting the exposure.

Huff Post: "The answer, simply, and which has been explained in detail elsewhere, is that the Apollo astronauts were not in the Van Allen belt for long enough to have to deal with dangerous levels of exposure to radiation. The Apollo astronauts did return to Earth having been exposed to significant radiation - but not more than is allowed by US law for workers at nuclear power stations, for instance."

Conspiracy debunking: The Van Allen Belts and Travel to the Moon

I read about half of this book - First on the Moon - from the library awhile back and noticed a lot of weird stuff. It was published the year after the first moon landing. One thing I thought was interesting was Mrs. Aldrin being bored looking at the earth during the second television broadcast of the Apollo 11 mission. Seemed like a funny thing to bore someone when they'd never seen the earth from space before. So, I looked it up on Youtube and I was bored too. For ten minutes solid they filmed the earth from space but I noticed something strange. The clouds didn't move! At all! Something fishy about that if you ask me. Here's the video:

Let me know what you think.
You must log in or register to reply here.
Similar articles