Liverpool Anglican Cathedral ​
The cathedral is based on a design by Giles Gilbert Scott, and was constructed between 1904 and 1978. The total external length of the building (including the Lady Chapel) is 207 yards (189 m) making it the longest cathedral in the world; its internal length is 160 yards (150 m). In terms of overall volume, Liverpool Cathedral ranks as the fifth-largest cathedral in the world. With a height of 331 feet (101 m) it is also one of the world's tallest non-spired church buildings. The cathedral is recorded in the National Heritage List for England. 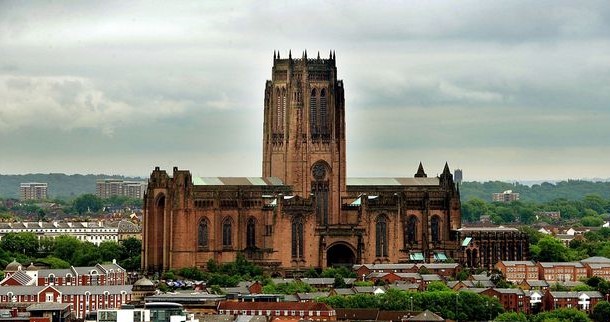 ​
Construction photographs are plenty, but we have a few interesting, in my opinion, images to talk about. They pertain to the construction of the above Cathedral. The below three photographs were sourced from here. 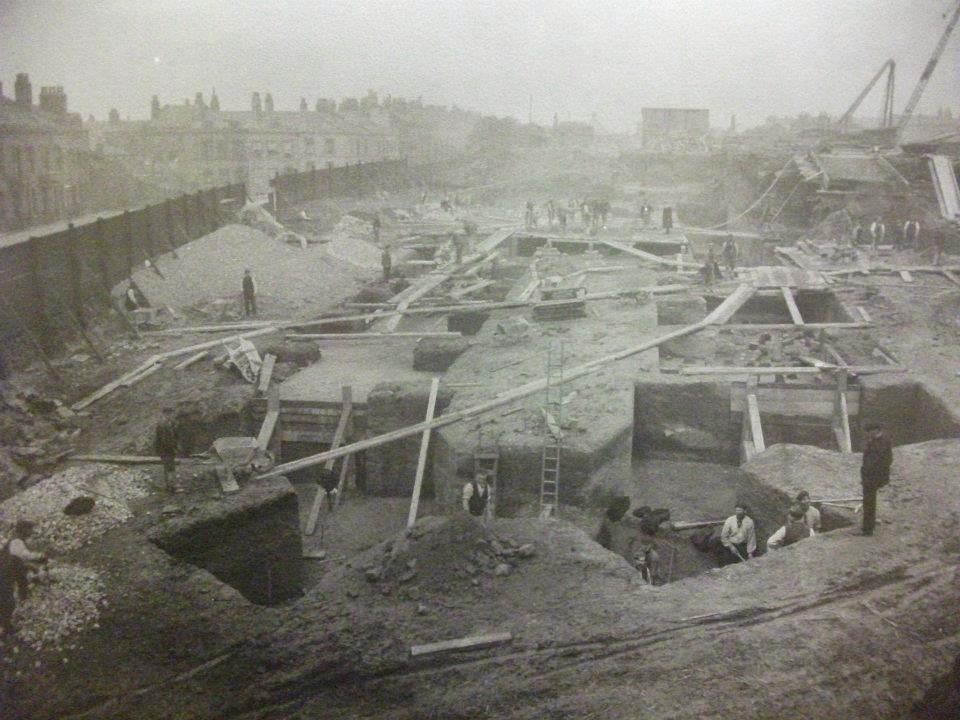 1927: The Anglican cathedral under construction​
Even though they've been at it since 1904, it still looks a mammoth task and it would take until 1978 before completion. 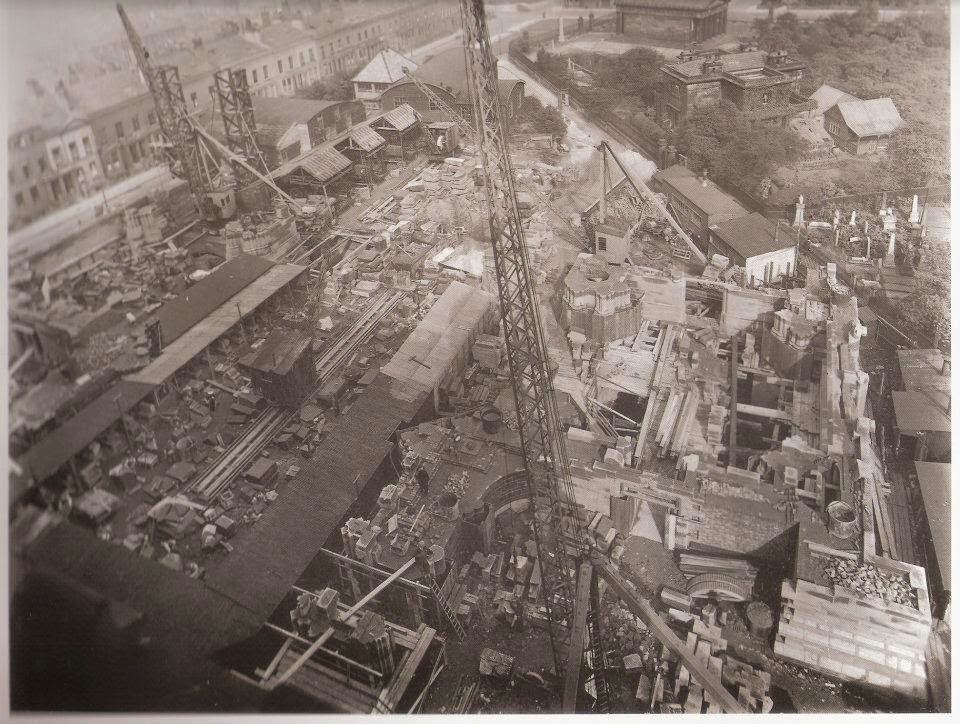 What Year?​
Below we have an image from the same source +1. I am trying to get some sort of a date attached to this photograph. For that we have the state of completion, the appearance of the structure and the truck. I guess that would be lorry in UK.

Anglican cathedral excavations showing how laborious and primitive they were. 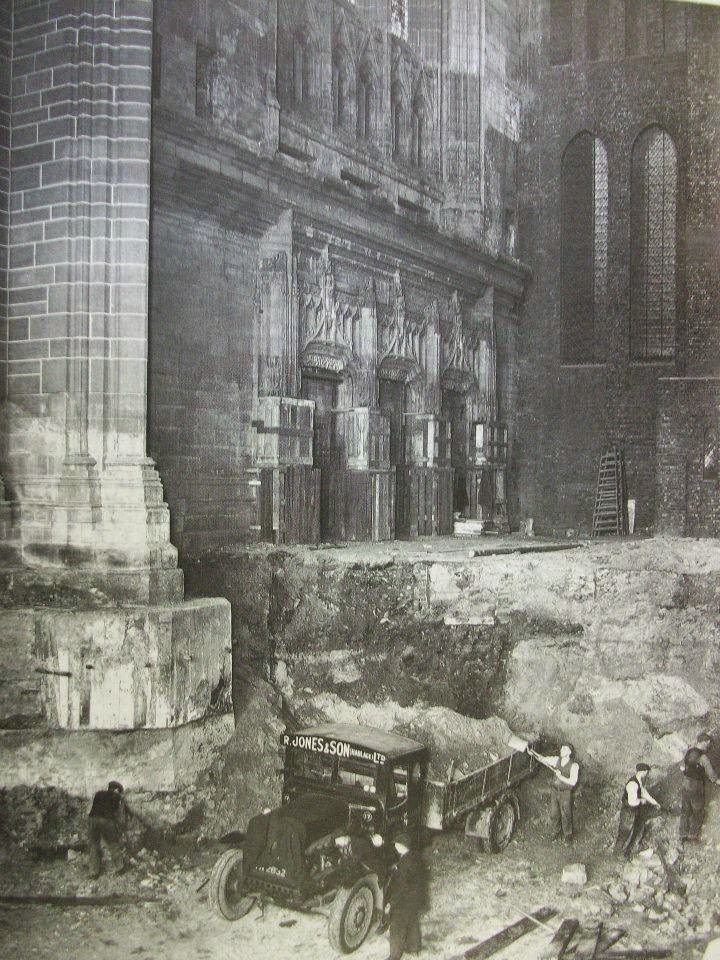 Lady Chapel​
The Lady Chapel (originally intended to be called the Morning Chapel), the first part of the building to be completed, was consecrated in 1910 by Chavasse in the presence of two Archbishops and 24 other Bishops. The date, 29 June - St Peter's Day - was chosen to honor the pro-cathedral, now due to be demolished.
Apologies, buy I could not find a better image of the below Lady Chapel structure. As far as I understand it took them 6 years to complete 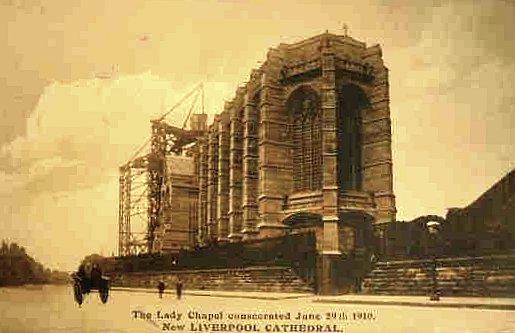 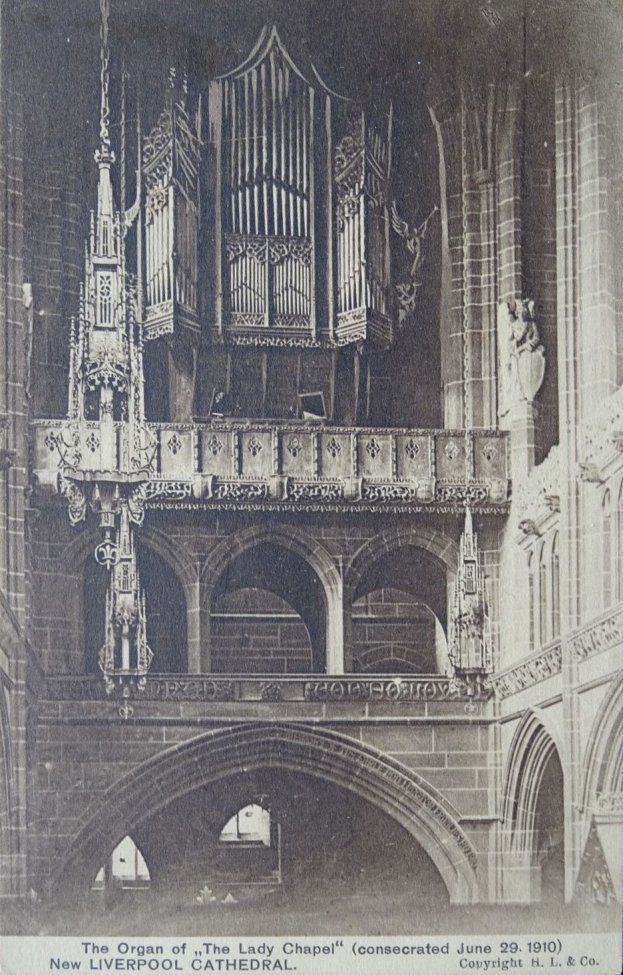 ​
Then we have the below undated image. Based on what it says, I assume the building is not there yet, and this is something it's gonna look like. 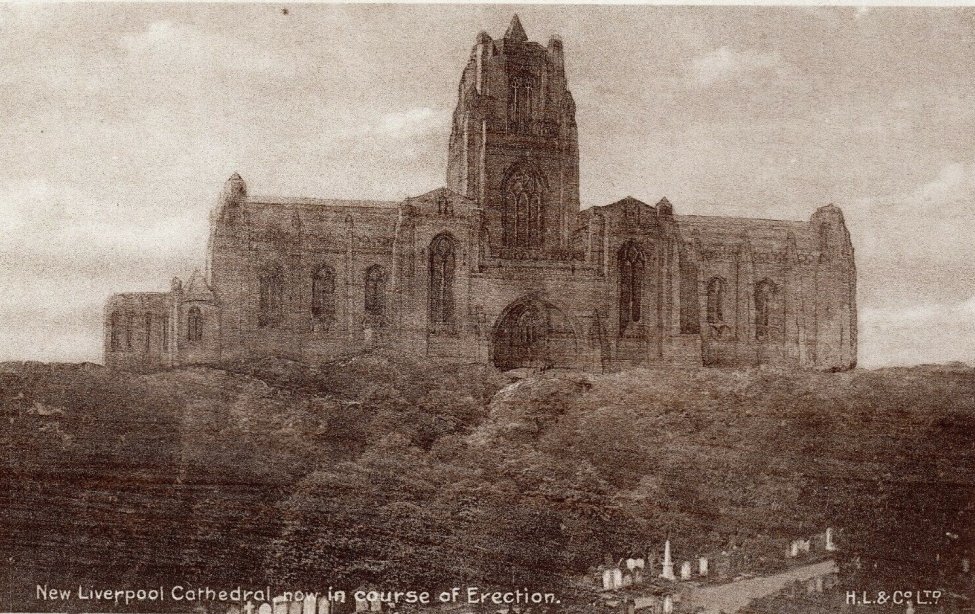 City Plans​
What structures do you think we have in place of the future cathedral? The Public Cemetery is obviously our today's Saint James Mount and Gardens.
More plans: here. 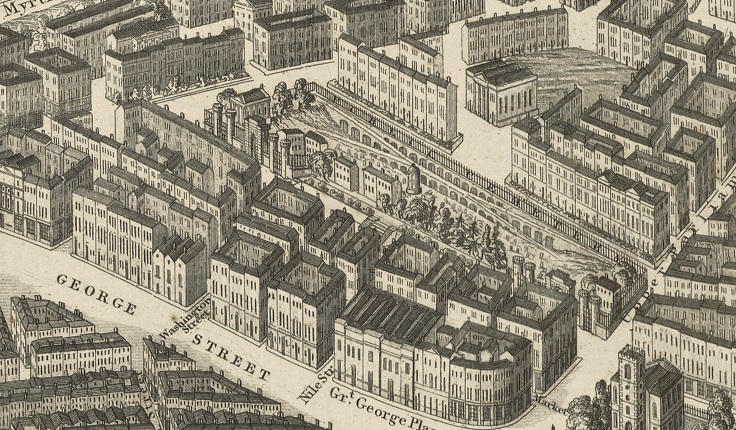 KD: I guess that excavation photograph with a new building looking rather old, looks a bit suspicious to me. Why are they digging in there? That is a lot of dirt to move. At the same time this foundation cannot be that old if they only started in 1904. Did they really remove all that dirt to install the foundation, and then filled everything back in, so that they could remove the dirt one more time a few years later?