These are two interesting buildings to look into. As usually, we do not have too much construction related information, but we do have a remarkable story line, which goes like this.

Following the April 1898 declaration of war against Spain, the 71st Regiment was sent to Cuba, where they would participate in the Battle of San Juan Hill. On May 4 the regiment's veterans issued a call to "the young men of this city to fill the places of the men who have gone, thus reinforcing the regiment for the protection of the city and state." 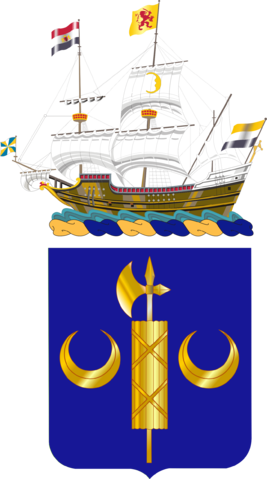 Enlistees were told to "apply at the 71st Regiment Armory, 34th Street and Park Avenue in NYC" The armory mentioned was a 6-year old imposing stone edifice of towers, turrets and gables sitting squarely within the Murray Hill mansion district. Inside were historic items relating to the regiment - the muster rolls of the Civil War, the flag carried in the Battle of Bull Run, the banner presented by the City of New Orleans in 1881, an oil portrait of George Washington, and another of Hernan Cortes removed from Castle Chapultepec (the "Halls of Montezuma") during the Mexican War. 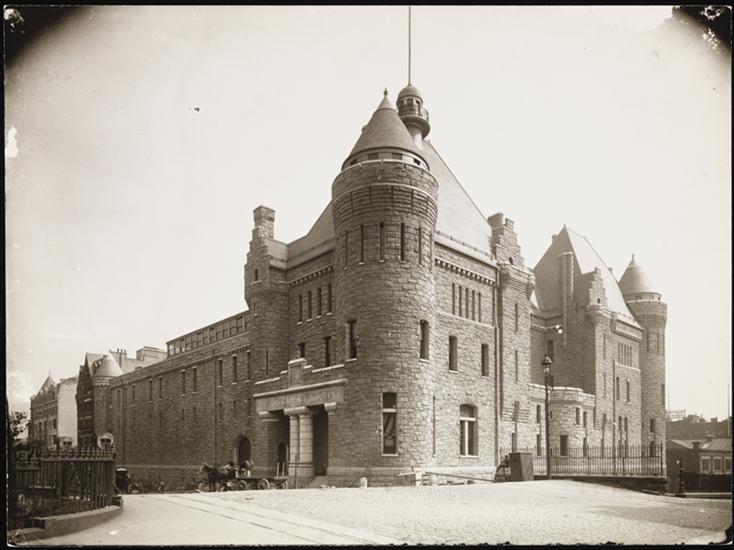 ​
Then on the morning of February 22, 1902, newspapers ran the story of the destruction of the hulking armory. Its origin was never discovered; however the high winds of the stormy winter night fed the flames. Only one wall and the entrance on 34th Street stood after the inferno burned out. 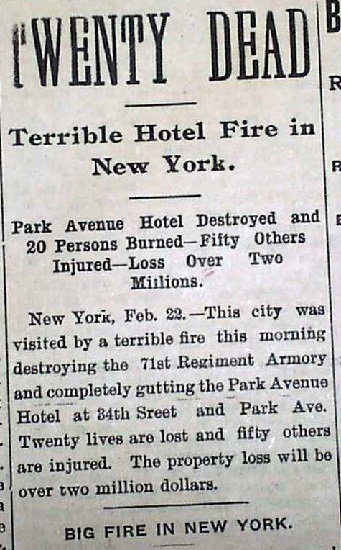 Source​
Articles about the Park Avenue Hotel and 71st Regiment Armory Fire that happened in February 1902. 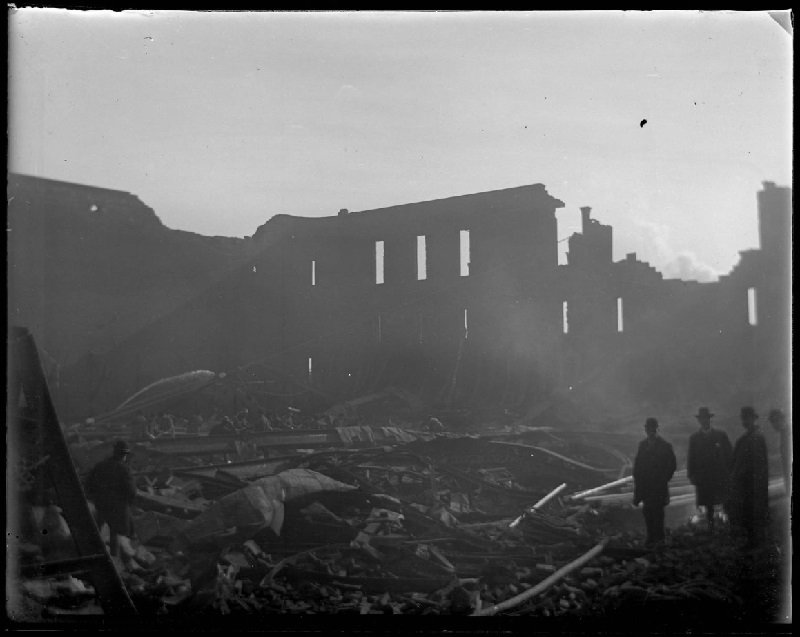 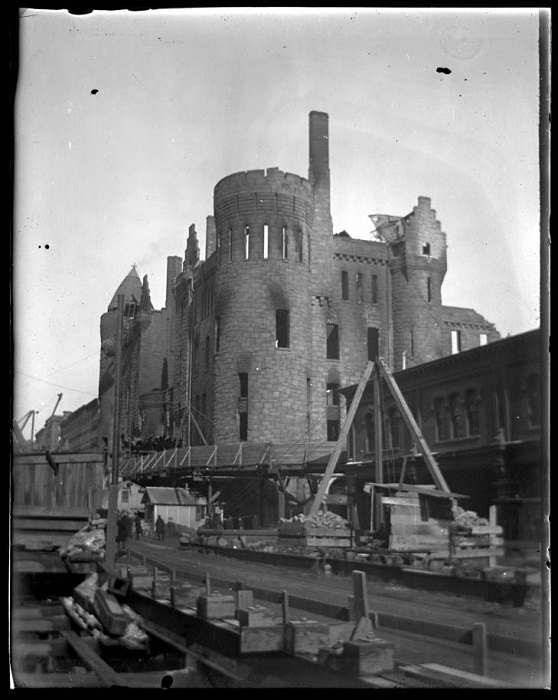 Source​
The decision was made to rebuild on the site. But the new armory would not come before scandal and embarrassment for the regiment. Colonel William G. Bates and Major E. T. T. Marsh were brought up on charges by Major C. H. Smith, who accused them of fraud in reporting the losses. On December 20, 1902 the Army and Navy Journal reported that the military court decided "That their conduct in filing improper claims for losses in the destruction of the 71st Regiment Armory was indiscreet and improper and lacking in frankness." The officers narrowly escaped severe discipline when the court deemed that their action "shows no intent to defraud."
The completed armory cost $650,000 (nearly $18 million today) and engulfed the entire Park Avenue blockfront from 33rd to 34th Streets. The brick and stone fortress included the expected crenelated towers, romantic turrets, and a gaping maw of an entrance above a wide flight of stone stairs. All of this was overshadowed by the 236-foot tall tower which seemed a bit out of place. The New York Times later mentioned that the tower was "modeled after the famous Torre del Mangia Town Hall tower of Siena, Italy."
Building #2 information - source. 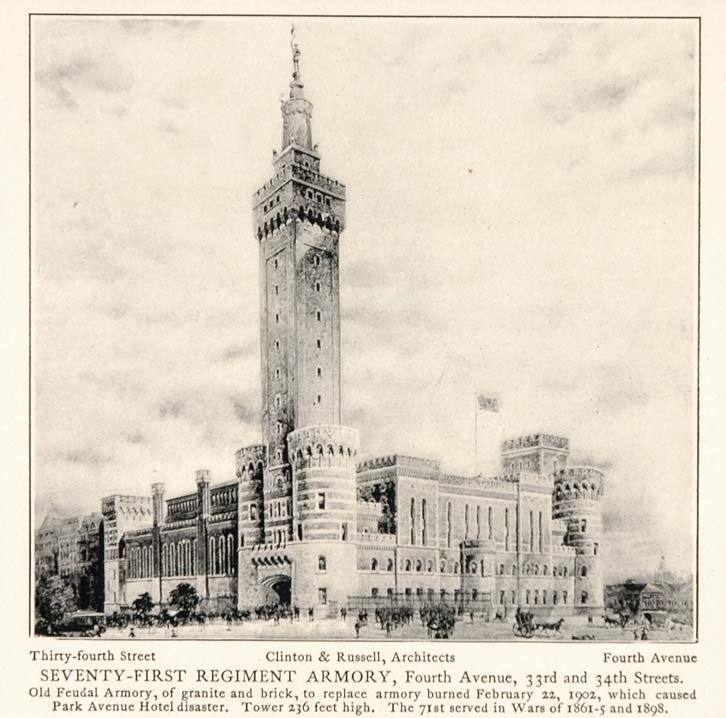 Source​
The above poor quality image was chosen due to a different top and a statue crowning the building, as well as the date of 1903 mentioned at the image source. Here are a few additional photographs. 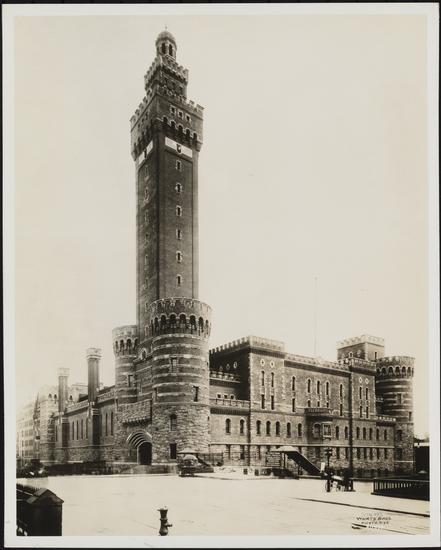 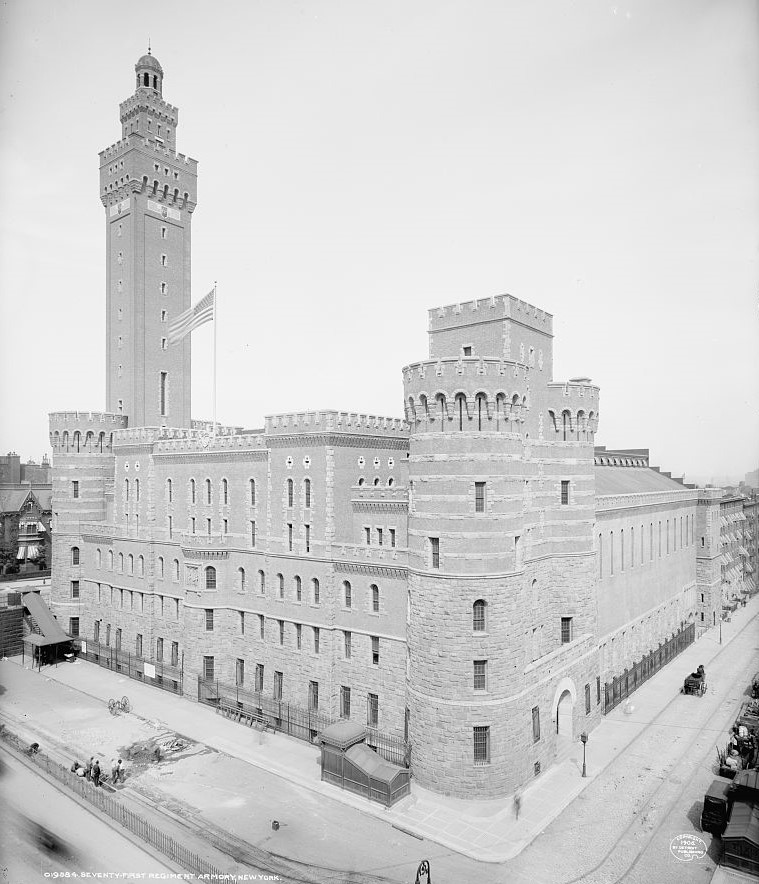 Interesting​
On April 28, 1929 some New Yorkers may have been shocked to read that the City Controller had been authorized to sell the 25-year old building. The Times reported "Actual demolition, in all probability, will not take place until a decision has been reached in regard to new quarters for the regiment."
The death knell finally came on June 26, 1971 when the venerable 71st Regiment Armory was evacuated. The Times remarked that after "the last military vehicle is driven down the steps from the drill floor to Park Avenue... the armory will be locked by the state to await demolition by the city." 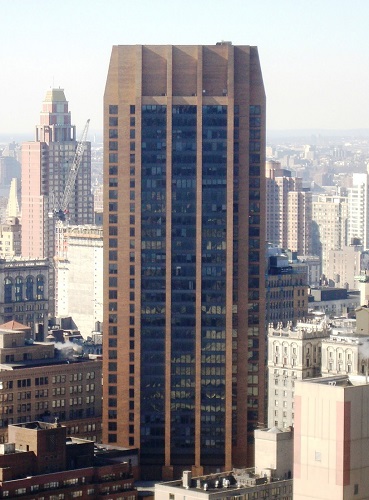 NYC Armories​
For those interested in the fate and description of additional NYC armories you can take a look at this 1993 PDF document. The descriptions of these armories are fascinating, so I can only imagine what the pictures look like. 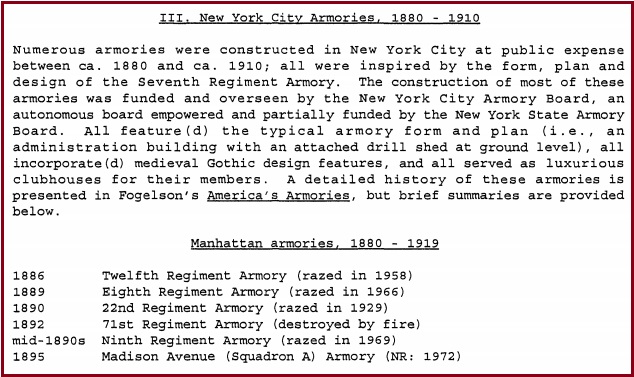 KD: So what do you Ladies and Gentlemen think about these (#1 and #2) Seventy-First Regiment Armories? Do you see anything weird in the narrative there? What do you think about them planning on demolition #2 building as early as 1929?

I tried to find any construction photographs for both, as well as demolition pictures for #2. No luck.
Isn't it amazing how fast and beautiful they used to build stuff back in the day?
Click to expand...