For those who want to read about this Rocker Pier there is plenty of info:
This set of images relates to Roker Pier, Sunderland and is taken from a scrapbook kept by Henry Hay Wake, chief engineer to the River Wear Commission.
KD: Below is an example of equipment we should be able to see in just about any construction photograph pertaining to the period. Think about those Expos! In this case we are talking about 1885-1890. No wonder they could build stuff with tech like this. But what do they show us? Horse carriages and shovels? This is where we can wonder what the true date of production of something like that was: 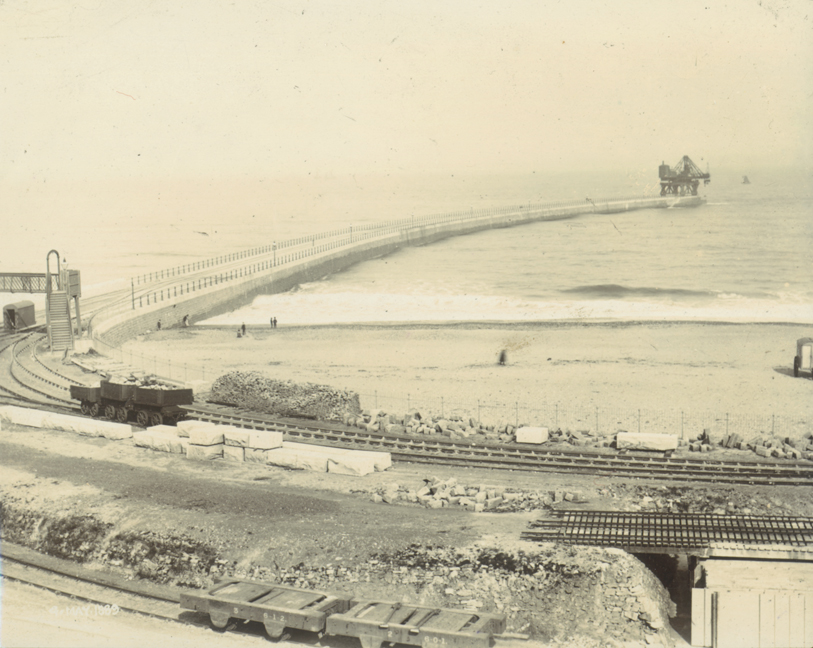 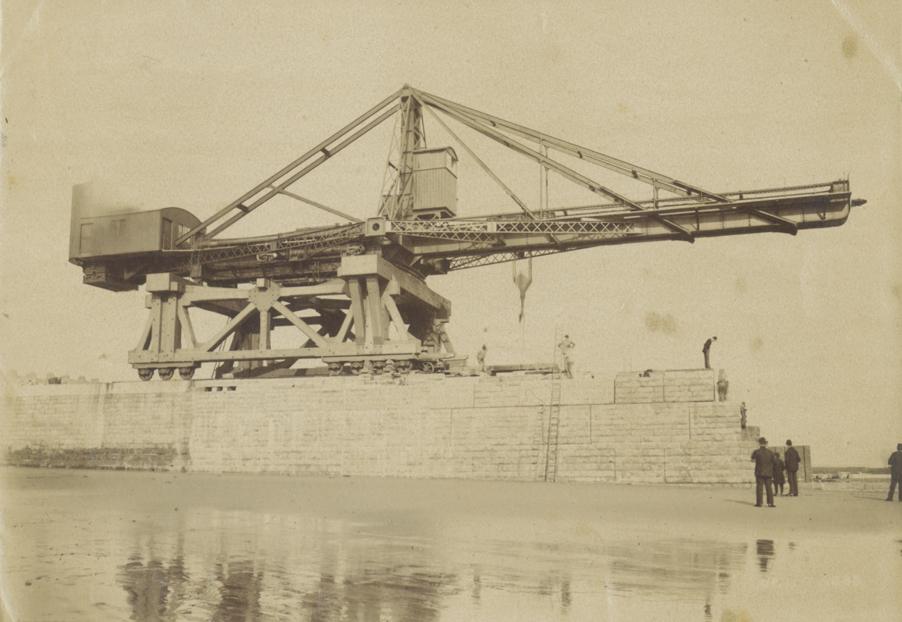 What's on the flag here? 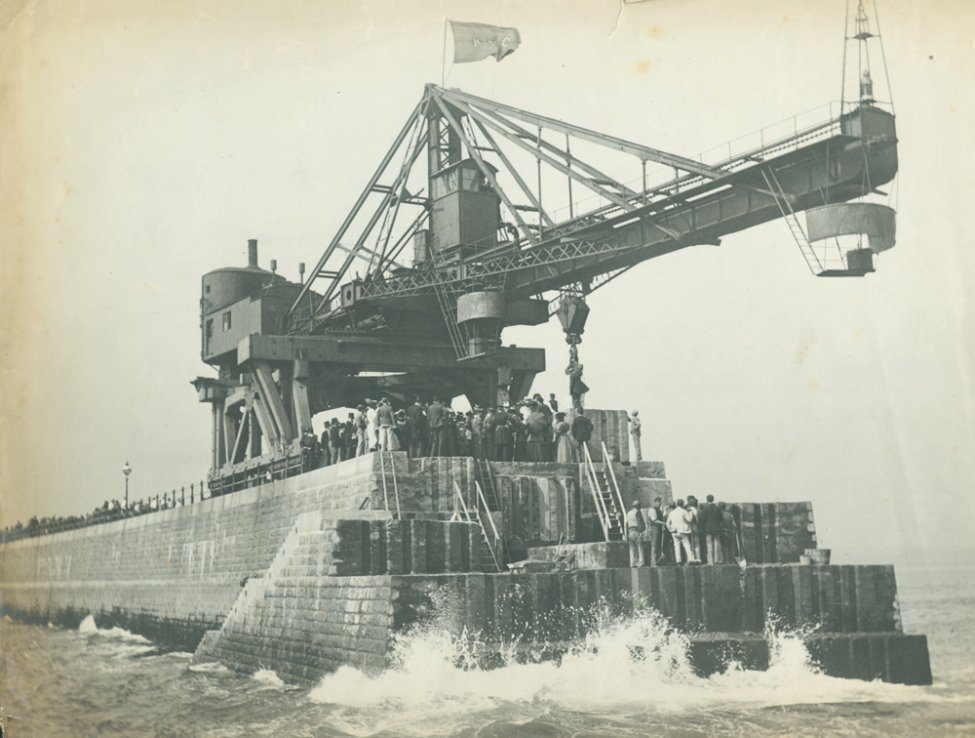 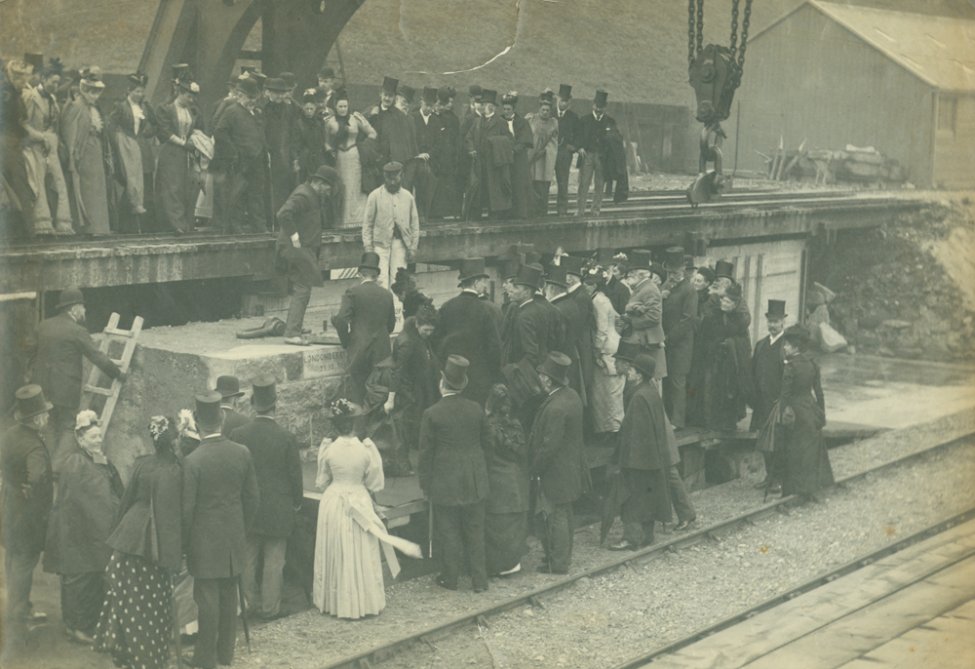 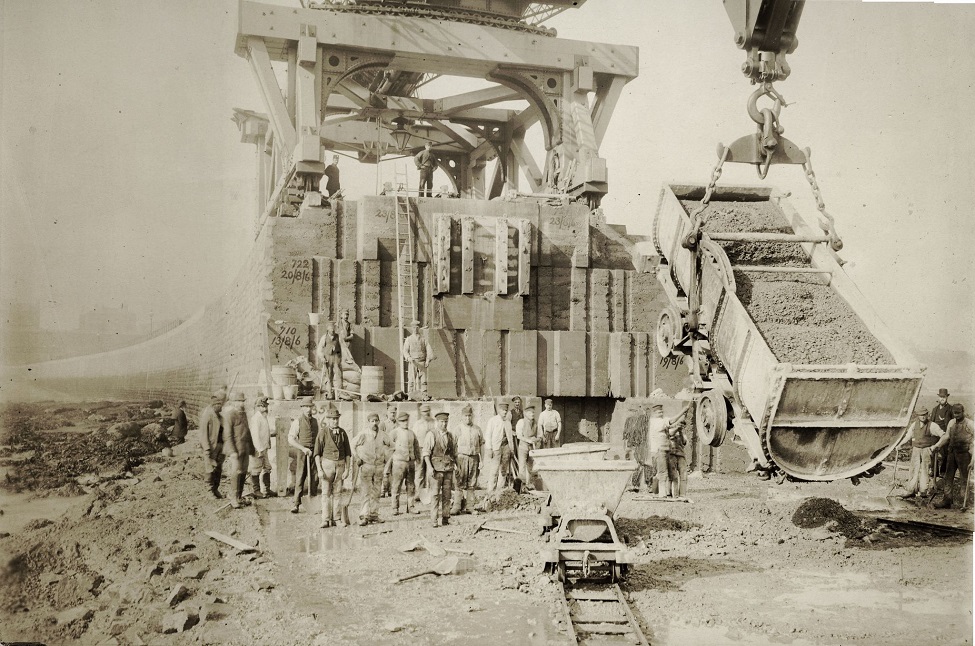 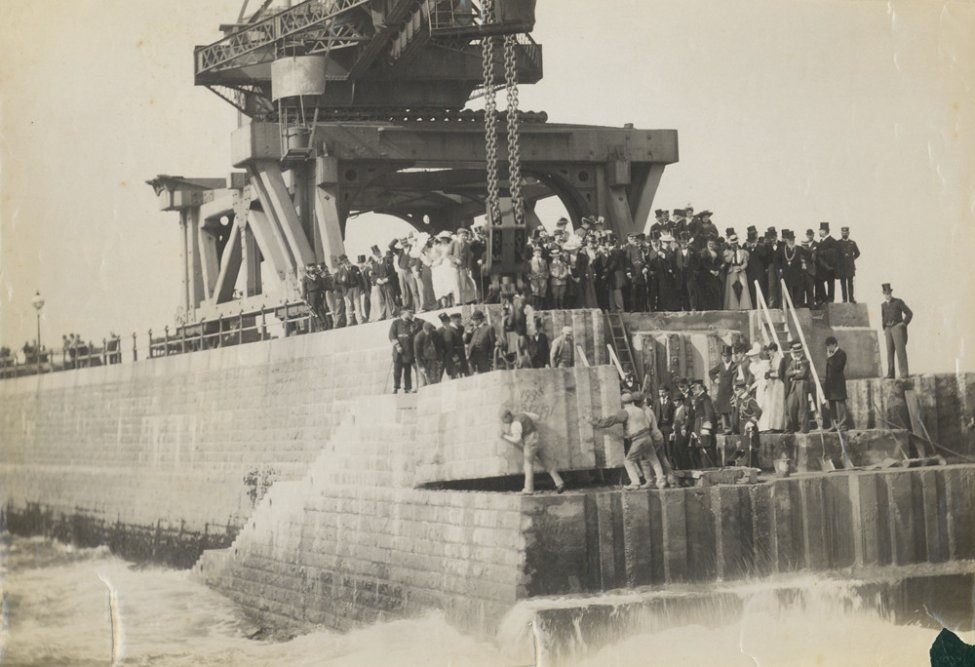