Correct me if I'm wrong, but I don't think we were told that "satchel" cameras were all over the place in 1868. Apparently, in 1868, they had a strong demand for "small photographic cameras for tourists". 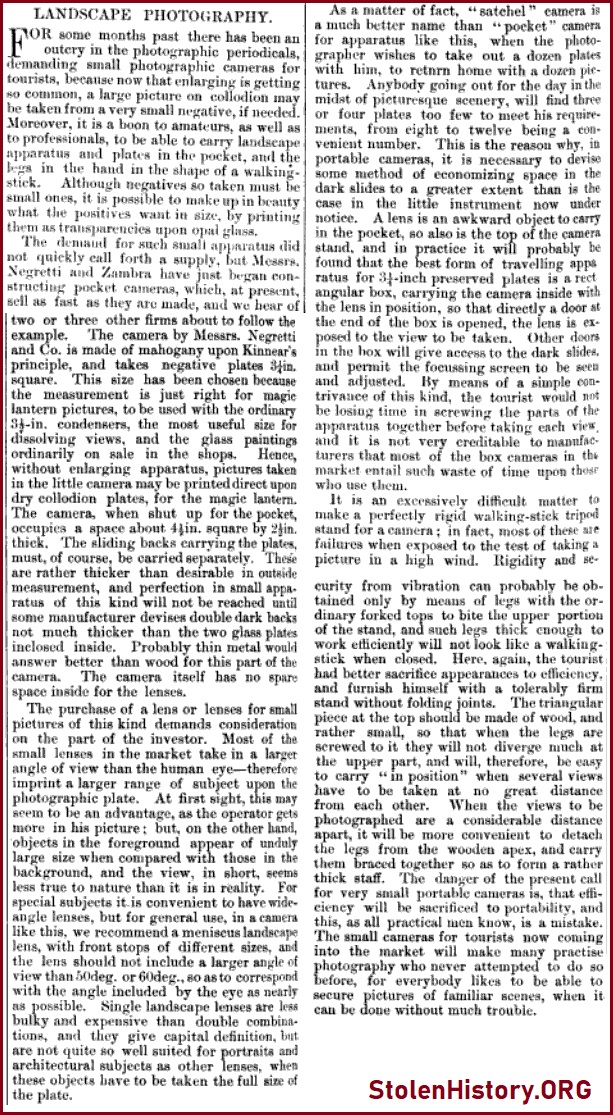 I was unable to find any depictions of the above-mentioned 1868 pocket cameras. Below you can see two pages from the Negretti & Zambra's 1885 Catalogue. 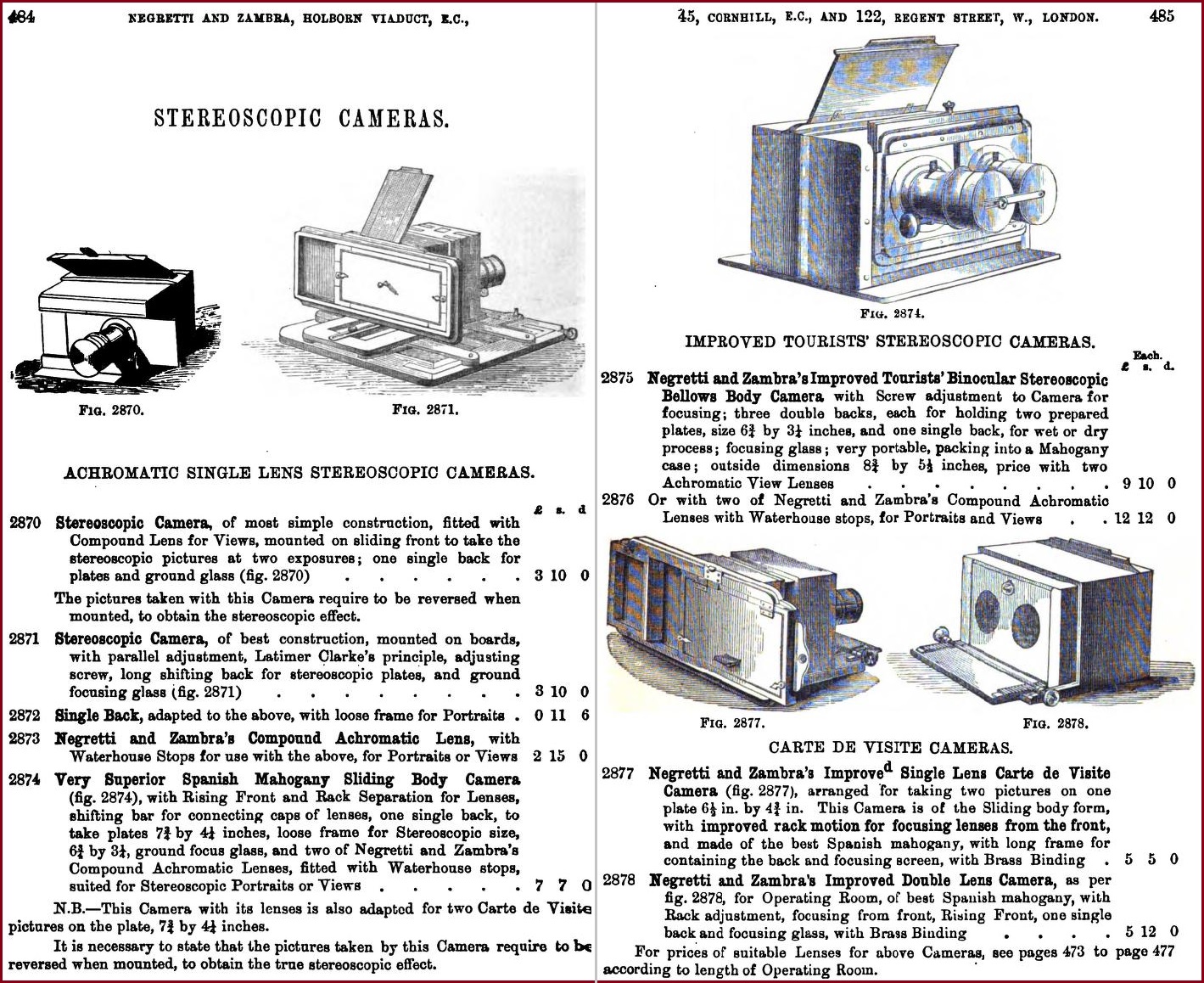 I think the below Wiki article needs to be seriously updated.

KD: Imho, articles like this contribute to our better understanding of the 19th century.
Click to expand...