1868 Floating Dry Dock​
By the 1860s the floating dock concept was known and proven but the growth in ship size demanded that what was needed for Bermuda would be the biggest such unit yet built. It was to take ships of up to 10000 tons – including Britain’s new ironclads – but its location in Bermudan waters, where marine growth was likely to foul it underwater valves and piping, would demand the facility to allow regular “careening” – cleaning by scraping. The design that resulted was 380 feet long and 120 feet separation between its vertical sides. It could accommodate vessels longer than its own length and its own displacement was 8400 tons. 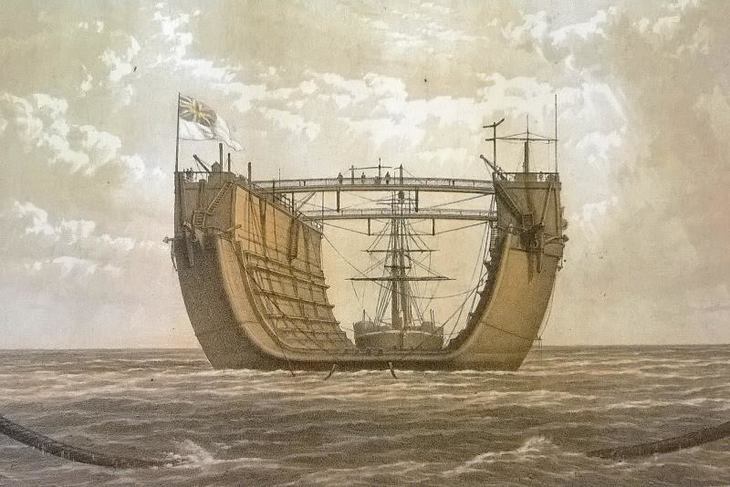 ​
Construction started at the Campbell and Johnstone shipyard on the river Thames, near Woolwich, in 1866 – in this period, and up to the beginning of the 20th Century, London was still a major ship-building centre. Construction was of iron – regular use of steel was still a decade or more in the future – and some 1400 men were involved in the work. It was launched, after one failed attempt, in September 1868 and was taken downriver to Sheerness, where it was submerged to wait out winter storms until the following year. 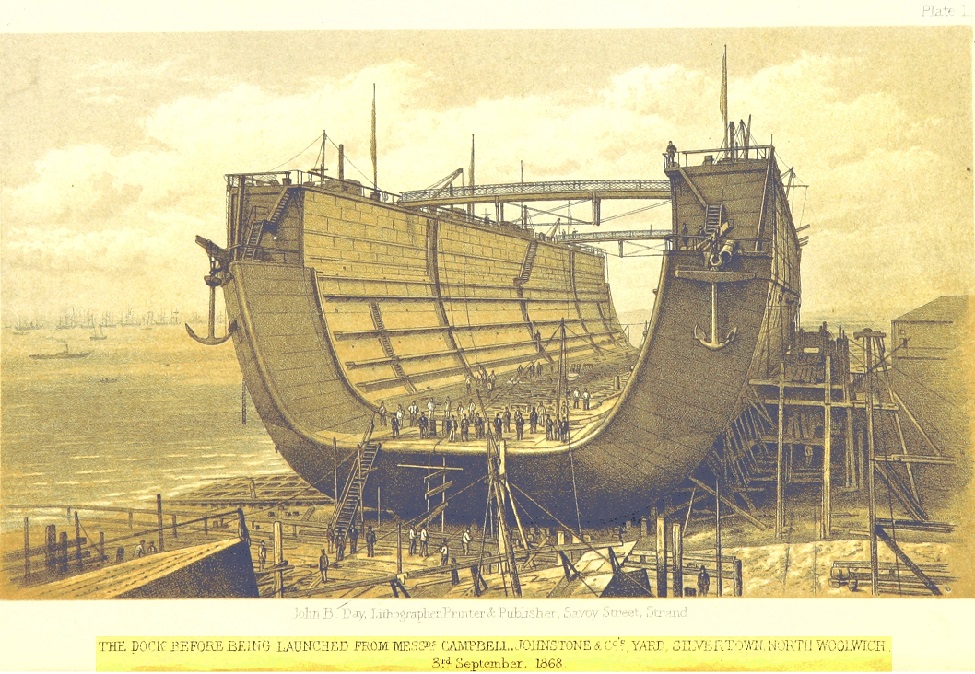 ​
Sequential operation of floating drydock as illustrated in an 1870 book on the Bermuda project. A ship could then be manoeuvred between the sides and when the bottom compartments were once more pumped dry the dock would rise, carrying the ship with it. An additional advantage of such docks is that they are mobile and can be built at a shipyard and towed thereafter to another location, or even succession of locations. 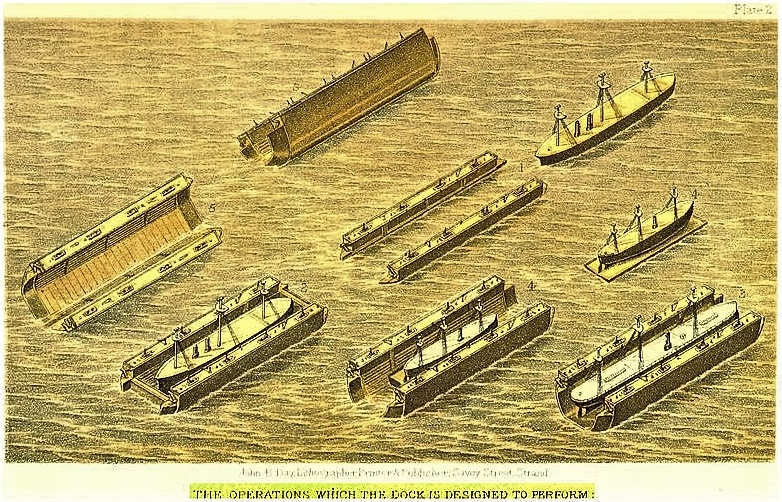 After its successful arrival in Bermuda the floating drydock was to provide over three decades of service until replaced by a new, steel, unit, in 1906. 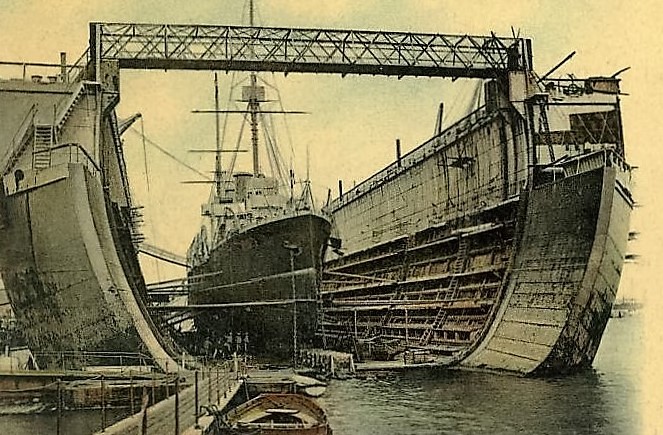 It was sold for scrap thereafter to a German company but while being towed away broke loosed and grounded on a reef. Her remains are still visible off Spanish Point, Bermuda. 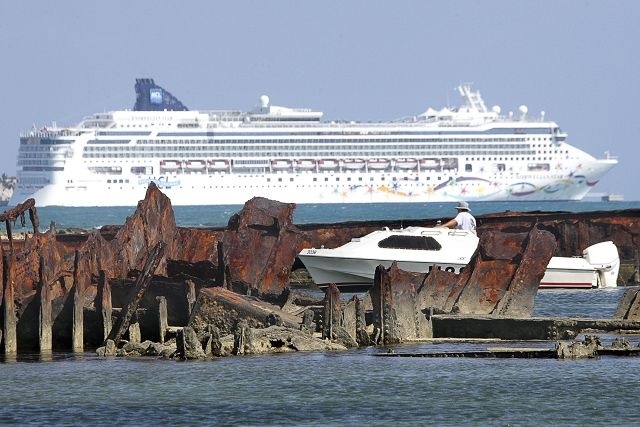