Per the narrative: The first recoilless gun known to have actually been constructed was developed by Commander Cleland Davis, just prior to World War I in 1910. His design, named the Davis gun, connected two guns back-to-back, with the backwards-facing gun loaded with lead balls and grease of the same weight as the shell in the other gun.

1844​
Here we have a cut out from The Illustrated London News published on October, 26 1844. It arguably demonstrates that this recoilless technology was around at least as early as 1844. 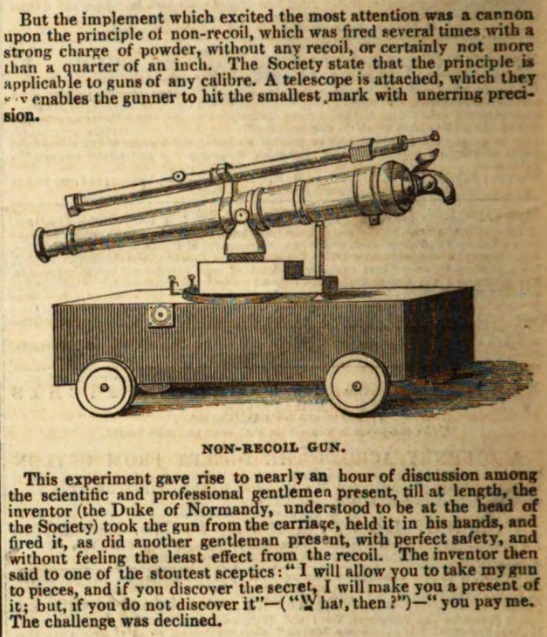 Of additional interest that "telescope" they have attached to the cannon. Wondering what they were firing from his cannon, for sites like this are not supposed to work with these cannons.
Click to expand...