Normally, intentionally elongated or flattened skulls are associated with ancient Mesoamerican cultures. But this exquisite specimen, which dates back some 1,500 years, was recently found at a dig in Alsace, France. 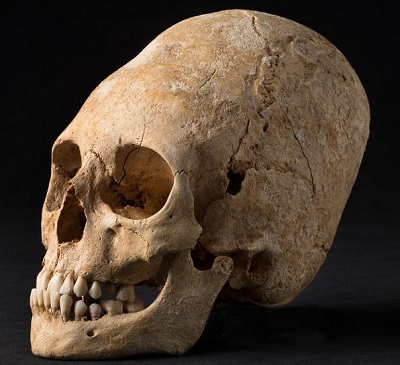 ​
The Reign of Terror refers to a period during the French Revolution after the First French Republic was established in which multiple massacres and public executions occurred in response to revolutionary fervor, anti-clerical sentiment, and frivolous accusations of treason by Maximilien Robespierre and his Committee of Public Safety. 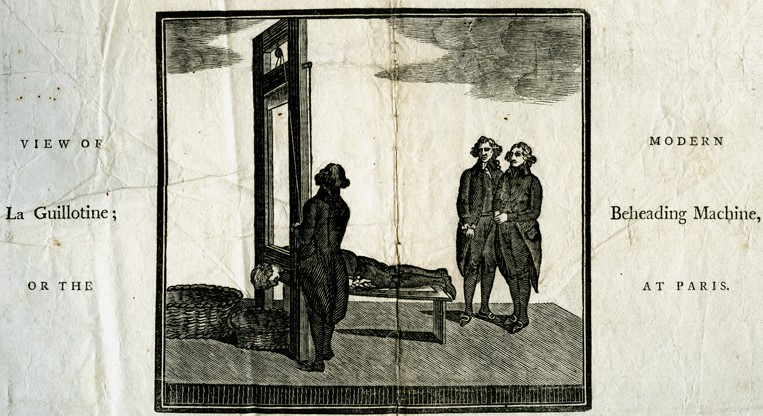 Marie Antoinette​
Marie Antoinette was guillotined at 12:15 p.m. on 16 October 1793. Her last words are recorded as, "Pardon me, sir, I did not do it on purpose", after accidentally stepping on her executioner's shoe. Her head was one of which Marie Tussaud was employed to make death masks. Her body was thrown into an unmarked grave in the Madeleine cemetery located close by in rue d'Anjou. Because its capacity was exhausted the cemetery was closed the following year, on 25 March 1794.

Now, we can obviously follow the fashion line of this extravagant hairdo, but what if it was something other than their desire to look cool? 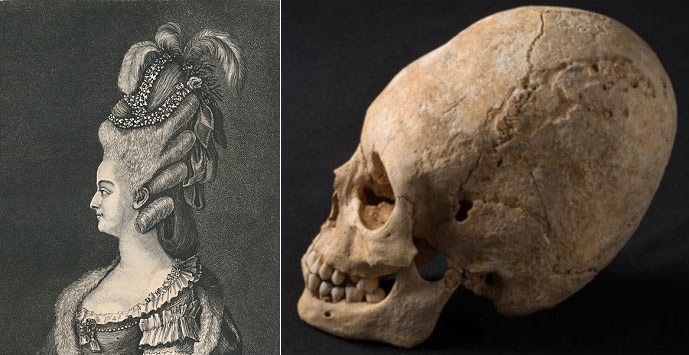 The skull was discovered during excavation of a necropolis containing 18 burials. It was discovered in a tomb belonging to a woman who clearly held a high status position in society as she was buried with a rich assortment of treasures including gold pins, a silver mirror, beads of glass and amber, a comb made from deer antler and a number of other goods.
I am not directly suggesting that one of the skulls mentioned in the above article belonged to Marie Antoinette, but how would I know, right? Historical rumor says that there were a few members of the noble class executed during the Reign of Terror in France.

KD: As far as I can see we have two things projected into our brain in the reporting articles:
Here is what it could probably be substituted with:
Obviously above is my speculative opinion, for where could we get proper documentation from? At the same time the totality of circumstances we have experienced so far could probably provide for such a hypothesis.
Click to expand...

The thing is that these purposely "elongated" skulls created by keeping babies in baby racks, so to speak, made skulls flat on the back. They did not create this kind of "elongation." Many babies naturally develop mis-shapen skulls if they always lay to one side or the other all the time. You have to be sure they develop their neck muscles properly so they don't favor one side all the time. I know this from experience and pediatric consultation. There is NO WAY these kinds of elongated skulls were regular people whose parents sculpted their skulls to "mimic" the gods or whatever the mainstream bs would like us to believe.

The subject of elongated skulls and fancy hairdos came up before and someone suggested that really long hair could do that. I disagree. I have had hair nearly down to my knees and that's not how it works. You would have to have a hard sort of hat with your hair wrapped around maybe with glue or something else sticky to keep it in place which may or may not have worked or a wig over an elongated hat type thing.

I spent some time working in costuming professionally. It is really hard to get these wigs to stay in place when we have tried to recreate this look. The hairpiece ends up being very heavy and the balance the actress needs to have is extraordinary! I always wondered how they did it back then. I believe the elongated skull theory for sure. Also, wigs have a telltale hairline problem, you usually need some curls or bangs to hide the fact that the hair is not coming out of the head. In the old paintings the hair looks like it comes directly out of the head, it does not look like a wig at all. There are also a ton of strange wig and hat shapes out there in the world. 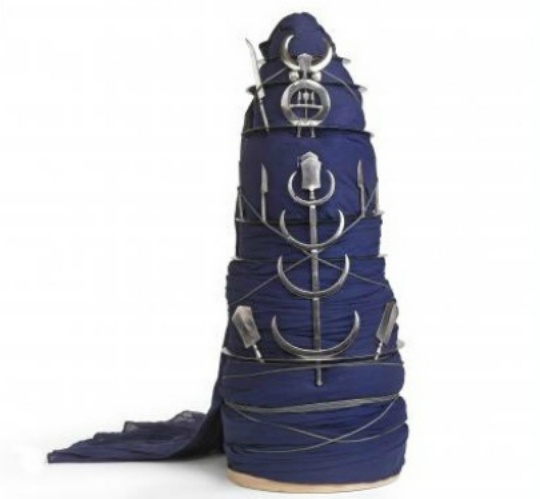 The Chinook people inhabited both sides of the lower Columbia river until they suddenly disappeared around 1830-40. For example, "by 1840, the number of Clatsop Indians was 200..." 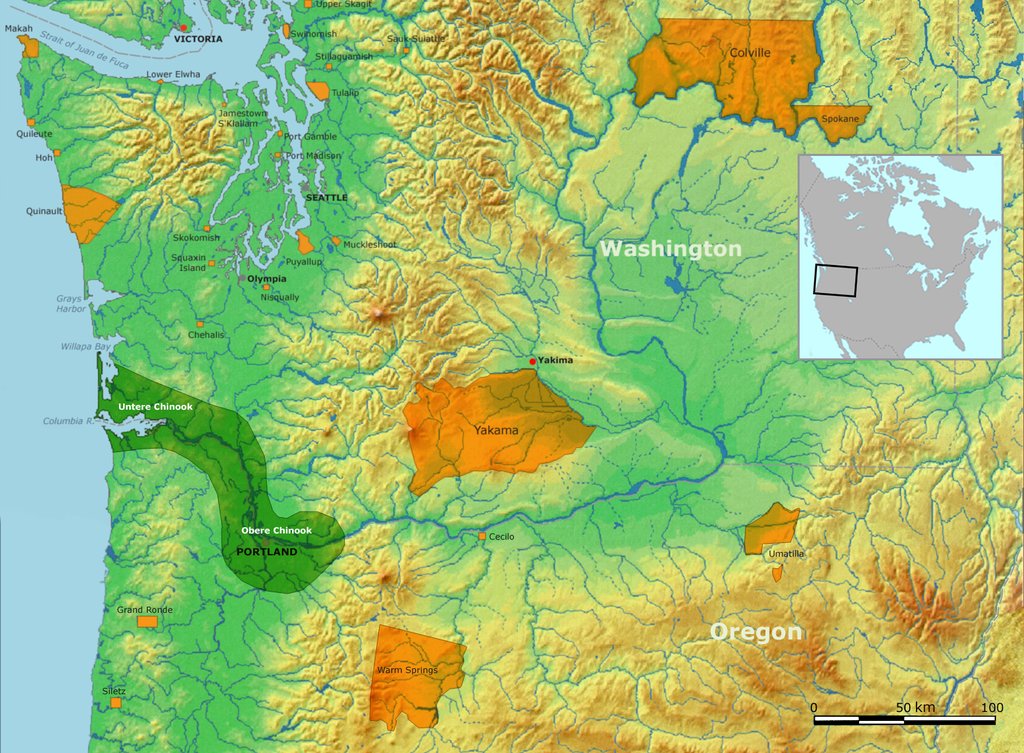 They were "flat heads".

From the Oregon History Project: 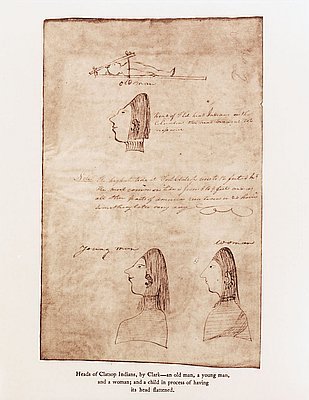 ​
"These illustrations from the journal of William Clark depict what many white explorers and fur traders considered to be a peculiar practice among the Chinookan people and other Northwest Coast Indians, head flattening. The sketch at the top of the page shows the method by which a baby’s head was shaped, while the bottom three sketches show the result.

Head flattening, a relatively common practice in the Americas, was a mark of status among the Chinookan people, who lived on both sides of the Columbia River from its mouth to The Dalles. The process began at birth and continued for another eight to twelve months until the child’s forehead was permanently reshaped. While perhaps appearing painful, head flattening apparently caused no harm.

Among the Chinookan people, only slaves and outsiders did not have flattened heads. The artist Paul Kane, who spent several months on the Columbia River in the 1840s, observed that it was common for slave-holding peoples to use conspicuous physical features to distinguish between slaves and freemen. Kane noted that the Chinookans looked with disdain upon “round heads,” whether white or Indian."

Although I have read many first-hand settler accounts and histories, nobody accounts for structure like this in terms of the extinction: 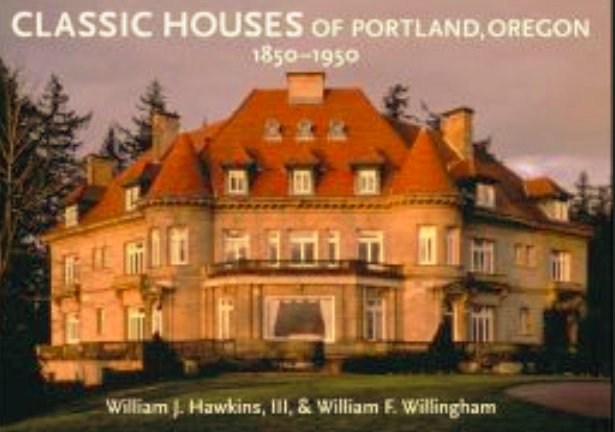 OMG, LOL. Check out this non-sense from the narrative compilers. 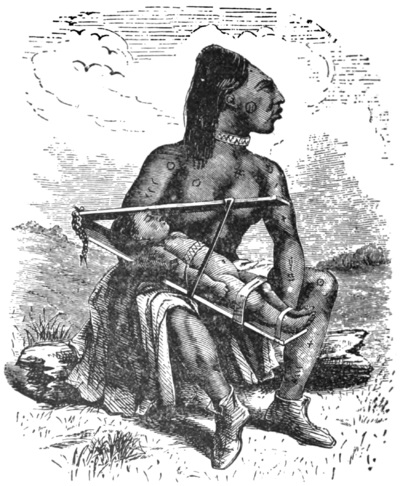 These flat heads lived among (but not within?) "Greek revival" architecture? Like their better outfitted cousins in France? 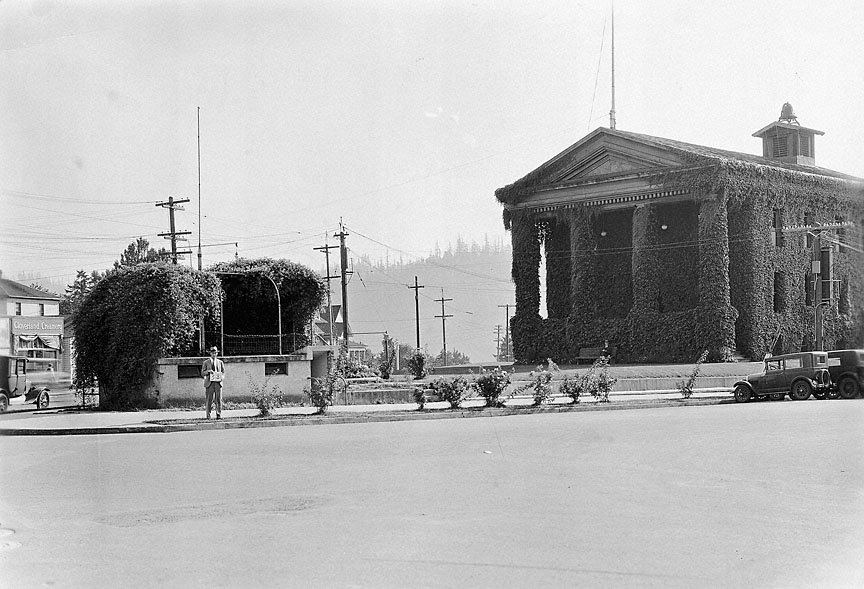 St John's City Hall
​
I wonder if they, like Washington, wore togas, which were also elided by compliant ethnographers?

This question is not absurd but reasonable-- considering the pile of lies we have in the compliant narrative and the very real but non-compliant evidence.
Last edited: Jul 18, 2021

Drawings of the head flatness/elongation of these Chinook people are either highly exaggerated, or we fo not have any corresponding photographs.

When did they get exterminated?

The review I link above reveals the paucity of empirical knowledge and the trivial "critical" games played among academics with "narrative-compliant" knowledge.

As for when they really disappeared and how, the book speculates that they perished from disease brought by Astor's merchant vessels-- which were making a fortune selling beaver pelts to the Qing. Other than this bit of compliant knowledge, I know not what truly happened.

But we still have strange connections and clear patterns. In other words, a crime scene.
Last edited: Jul 18, 2021

I live in the Okanogan valley of eastern washington and have never seen a local colville indian with a flat elongated head, but they might be around in low numbers, who knows. Recently though I was searching for early construction photos of the Enloe dam and upon entering the depot museum a colville indian man gave me the runaround with plenty of answers that 'fell flat'. Not one picture of true construction, only nearly finished photos. One old schoolhouse clearly looked weathered and large arched windows filled in; questioning this also 'fell flat'. The only other place I have seen the elongated head is the grey alien. 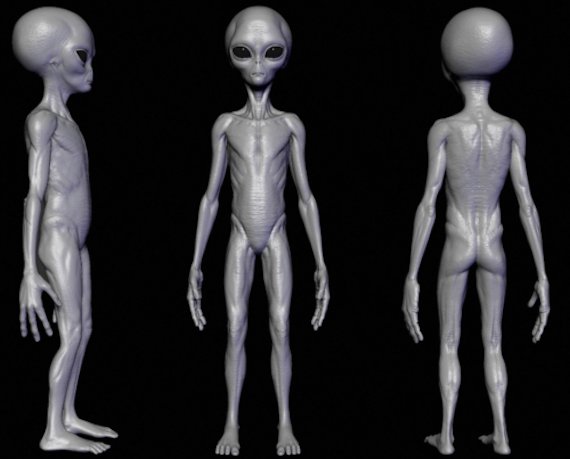 So what would a body like this be practical for, assuming if it was not from outside the firmament, but a terrestrial creature. Large skull for larger more developed brain. A weaker and smaller body because of no longer the need for physical labor with advanced tech. The large eyes could be to see in the dark. If the colder ice lands beyond the ice wall are beyond the warming rays of the sun, then the inhabitants would need light gathering eyes, or if they lived subterranean then they would need big eyes and paler skin. Some have suggested greys are us from the future, after generations of hive borg programming and matrix like living.

Do we have any skeletons of “grey aliens” to consider them something more or less real?

As far as seeing in the dark goes, my cat has normal size eyes, and she sees just fine in the dark.

Who knows, may be designed body models had nothing to do with physical abilities.

In the Ngram viewer if you type in grey alien you get this, grey alien ngram, medium spike 1930, small spikes and then big one 1990-now. Clever propaganda,.. good chance. Interestingly, H.G Wells in 1893 wrote a short article titled “The Man of the Year Million” in which he speculated that future imagined human beings as having no hair, mouth, or nose, but they would have an enormous light-bulb-shaped head and a small body. Wells also in The War of the Worlds in 1897, his representation of Martians in that novel, according to a biography, was a convergence of pure imagination and Wells research on evolution. He depicted Martians as having enlarged heads because they supposedly were a more intelligent race than humans. Furthermore, according to Wells, the Martians had large eyes, no nose or ears, and very small mouths. He also envisioned Martians as communicating telepathically with each other to eliminate all misunderstanding, a trait that remarkably has been reported by alleged abductees. I know mars is a wandering star outside the firmament shell. This is maybe the earliest accounts of grey aliens by a known propagandist/mason Wells mason connection. Yes, KD is agree greys may be complete bunk propaganda. Grays may also be demons. I saw a movie about people taking the pinael gland secreting compound DMT spirit mollecule, where they talked about a common visual hallucination showing fractal machine elves that look like greys; another reference to the pine cone statues and third eye. Most eyewitness accounts are from hypnosis which we all know is questionable at best. I have never seen a grey. On a purely theoretical line, what do you think the races of people look like that live outside the ice wall? Large eyes do gather more light and would be a descent idea of a creature that evolves in an area of the earth devoid of sunlight.

I am not surprised if the Chinook and mogol / Tartars were the same people with not so much centuries between as they want us to believe.
Maybe she was a descendant.

Sonofabor said:
These flat heads lived among (but not within?) "Greek revival" architecture? Like their better outfitted cousins in France?
Click to expand...