An Irish gentlemen visiting Vauxhall Gardens in 1752, whose name is not recorded, wrote about the astonishing effect of the illuminations, "The garden strikes the eye prodigiously; it is set with many rows of tall trees, kept in excellent order, among which are placed an incredible number of globe lamps, by which it is illuminated, and when they are lighted the sound of the music ravishing the ear, added to the great resort of company so well dressed and walking about, would almost make one believe he was in the Elysian fields."

According to the description below, these lamps are oil based: "servants placed in strategic parts...". How realistic would that be? 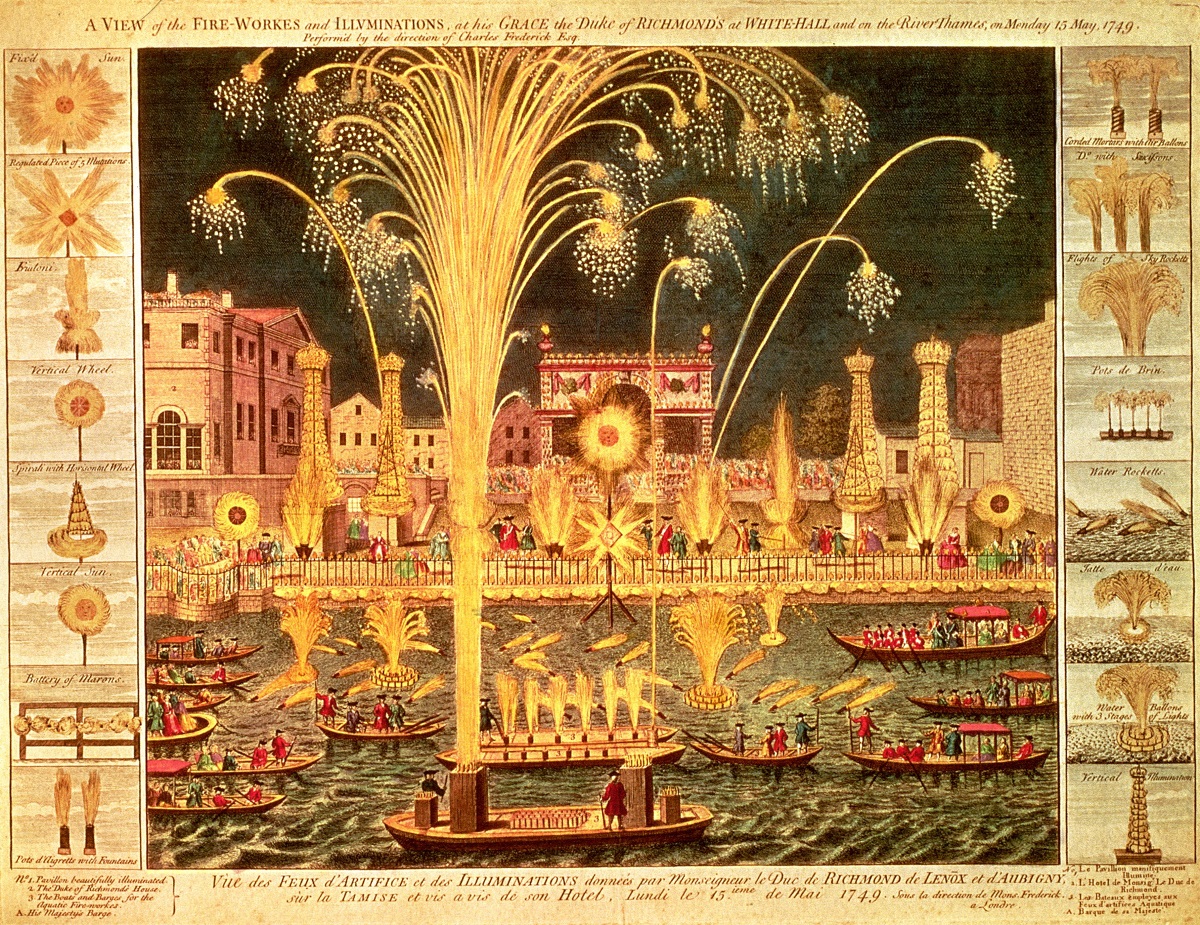 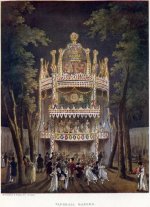 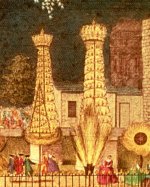 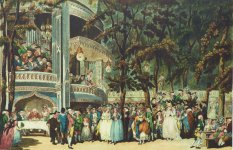 ​
Official explanation, "Illuminations were often used in conjunction with fireworks, and were static structures lit by hundreds of small glass lamps fuelled with oil. The structures were often temporary things, but the illuminations (the small glass oil lamps) could also be affixed to “illuminate” more solid structures, as in this picture below by Rowlandson from Ackermann’s The Microcosm of London, showing the illuminated bandstand at Vauxhall Gardens

The term could also refer to the strings of lamps illuminating the walks of the pleasure gardens as was the case at many of the gardens in England throughout the 18th century and up to the middle of the 19th century.

At a time when the brightness of electric light was unknown and candles used en masse was terrifically and prohibitively expensive, the sight of coloured lights illuminating the gardens at night, among the trees, must have been breath-taking."


Dramatic Lighting Method​
The method of lighting the lamps at Vauxhall was very dramatic. During supper a whistle was blown as a signal to a number of servants placed in strategic parts of the garden. Each servant touched a match to pre-installed fuses, and, instantaneously over a thousand oil lamps were illuminated, bathing the gardens in a warm light that would have been visible for miles around." - source

KD: Any opinions on this method of lighting the lamps (could those be oil lamps in reality), and fire safety?
Click to expand...

This is supposed to be just before it's closing (1859)
Many lightbulbs of a specific round form just like in paintings. 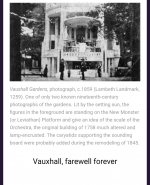