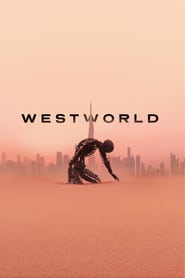 Overview: A dark odyssey about the dawn of artificial consciousness and the evolution of sin. Set at the intersection of the near future and the reimagined past, it explores a world in which every human appetite, no matter how noble or depraved, can be indulged.
Season 1 was probably the best one. Episode 10 in S-1 was out of control with what they said in there. Interesting correlations come up. I’d even say rather disturbing ones do. Could this be what happened in this world?