16th century Morsus aka Walrus... or what was it?

This is the second and less famous of Waldseemüller’s two great world maps; the lone surviving copy of his first, on which we see the word America first written, was bought for $10 million in 2001 by the Library of Congress. This detail depicts an odd elephant-like creature in the Arctic Ocean off of Scandinavia, possibly engraved by the artist Albrecht Dürer. The Latin text explains that this is the abode of the “morsus,” a strange animal with “large, quadrangular teeth.” 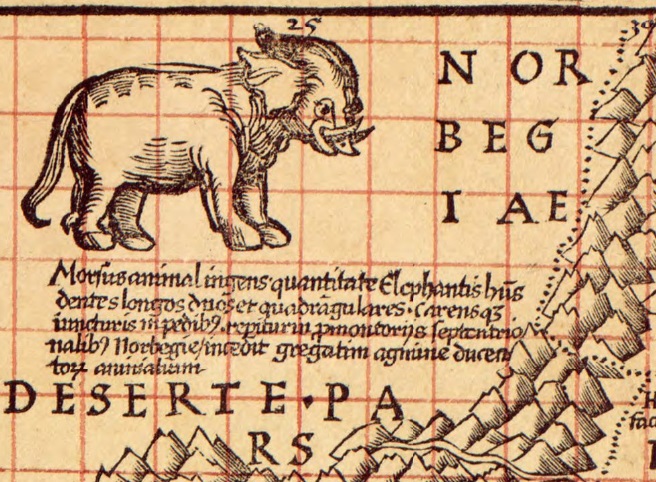 Martin Waldseemüller, Carta Marina Navigatoria, 1516
​
Obviously it is being explained in the normal "artist was stupid" way - "In other words, this was the artist’s conception of a walrus, based on secondhand descriptions from sailors. In most of Europe at the time, real-life creatures like walruses, giraffes, and rhinoceroses would have seemed just as fantastic as any sea serpent or dragon."

Wiki explanation for the name of Morsus:

KD: Appears we could have this extinct animal which was called "Morsus" living back in the 16th century. Today we are being explained that some creative cartographer made up the looks of an animal he had never seen, but... knew its name. There is nothing new in this approach.

Perhaps, there are many animals now extinct. One book that is archived in the nypl.org digital collection has many of the creatures we note now in myths: Griffins, Jackalopes (horned Rabbits), fucky hippos, and Unicorns. Link: - NYPL Digital Collections Just peruse through it - some have human faces. (Although the Felis Domestia kinda still looks like my sister's cat) 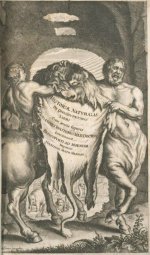 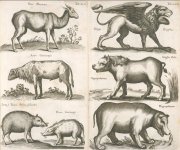 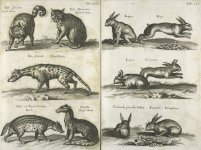 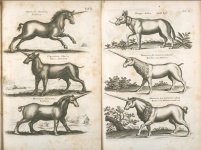 Interesting animal. I don't recall walruses walking on the ground and having ears like elephants.
You must log in or register to reply here.
Similar articles